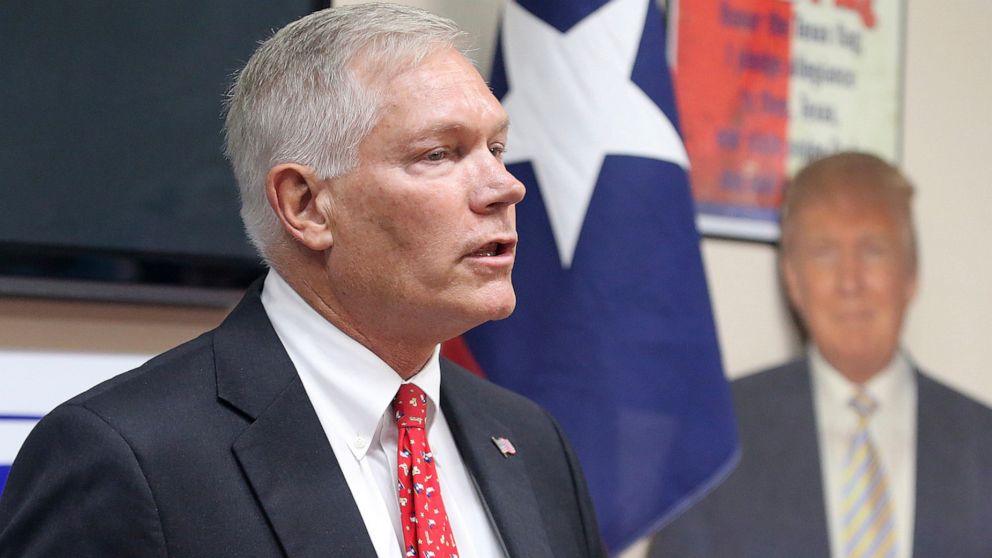 Just weeks after pro-Trump super PAC America First Action was implicated in a criminal campaign finance violation case against two associates of Rudy Giuliani, the conservative group has been named in another potential campaign finance case.

The Campaign Legal Center, a nonpartisan campaign finance watchdog, and End Citizens United, a liberal advocacy group, filed a complaint to the Federal Election Commission on Friday alleging America First Action made "illegal, unreported and excessive in-kind contributions" to three House and Senate candidates during the 2018 cycle by making millions of coordinated expenditures supporting those candidates.

They alleged America First did so by making millions of so-called coordinated expenditures in support of those candidates. Federal campaign finance law prohibits candidate campaigns and super PACs from making coordinated expenditures to draw a clear line between campaigns, which are bound by contribution limits, and outside groups, which are allowed to accept an unlimited amount of donations and spend an unlimited amount of money.

"America First Action strictly follows the law and complies with all Federal Election Commission rules and regulations. Accordingly, we do not coordinate with federal candidates, party committees or any other entity the law, rules or regulations prohibit us from. Any implication otherwise is patently false," America First Action spokesperson Kelly Sadler told ABC News in a statement.

According to the complaint, America First Action, during the 2018 cycle, spent nearly $6.6 million on an ad blitz supporting former Rep. Pete Sessions, R-Texas, Sen. Josh Hawley, R-Mo., and Montana Senate candidate Matt Rosendale, using multiple vendors linked to a political consulting firm called OnMessage, while the candidates were, at the same time, placing ads using a firm named National Media. The firms were disguised as separate entities in campaign disclosure reports and the super PAC's spending was reported as independent expenditures (e.g. unconnected to the campaigns), according to the complaint, which cites public records reviewed by ABC News.

Those vendors appear to be functionally indistinguishable, with the same people running the firms, listing the same addresses and even the same employees placing ads for the super PAC and the campaigns, the complaint states.

"If National Media and its affiliates know at what time and on what stations the campaign is placing its ads, then it can more intentionally place ads on behalf of AFA (America First Action) in support of those candidates in a way that would be fully complimentary to the campaign's own spending," Brendan Fischer, federal reform director for Campaign Legal Center, told ABC News.

That level of coordination and inside knowledge about a campaign strategy and its needs is what renders the super PAC spending coordinated and no longer independent, Fischer added.

It's unclear whether the candidates who benefited from the alleged coordinated expenditures from the super PAC were aware of the scheme, which is not required to trigger anti-coordination rules.

Hawley declined to comment and Rosendale did not immediately return ABC News' request for comment. A spokesperson for Sessions deferred to the parties in the complaint on this matter.

Sessions previously told ABC News he was subpoenaed in connection with the alleged illegal straw donations described in the indictment against two Giuliani associates, Lev Parnas and Igor Fruman, and said that he is fully cooperating with the investigation. Sessions has said he has not been told that he is a focus of the investigation and he has denied any impropriety.

"I will vigorously defend myself against any allegations of wrongdoing," Sessions wrote in a statement at that time, adding, "I could not have had any knowledge of the scheme described in the indictment or have involvement or coordination of it."

How quickly the FEC will look into the complaint is unforeseeable, considering the current lack of quorum within the agency to act on any substantial matter, on top of its infamous frequent delays and deadlocks.

Campaign Legal Center already has another year-old pending coordination complaint before the FEC, alleging a coordination scheme between the National Rifle Association and the Trump campaign. After months of inaction from the commission, the center, joined by gun-control advocacy group the Giffords Law Center, sued the agency demanding enforcement of the matter. Fischer told ABC News the lawsuit is moving forward in the U.S. District Court in Washington, D.C.

But the recent slew of high-profile criminal campaign finance cases suggest that despite the FEC's inability to act on matters, violations of election rules will be prosecuted.

In addition to the indictment against two Giuliani associates earlier this month, a major donor to the president's inaugural committee and other high-profile Democrats and Republicans was also charged this week with campaign contribution violations and illegal foreign lobbying, while another Republican operative was indicted for charges related to alleged scam PACs.