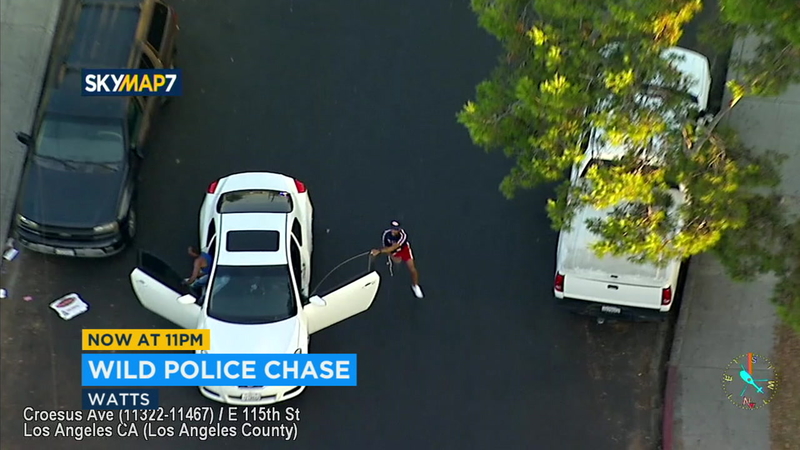 WATTS, LOS ANGELES (KABC) -- A chase came to a dramatic end in Watts as two robbery suspects fled from a vehicle Monday afternoon.

The suspects were in a white sedan and the driver weaved in and out of traffic on the 110 Freeway. The chase then went on to the 105 Freeway.

After the driver exits the freeway and drives on surfaces streets in Watts, the driver and passenger suddenly flee from the still moving vehicle.

The passenger went on the ground, but the suspect continued to run and eventually dashes through a playground with people nearby. He takes off his shirt and tries to act casual.

Not long after that, authorities see the suspect and he gives up as they surround him.