Leaders of Watts, the site of historic riots in 1965, are calling for peace in the wake of protests over the death of George Floyd.
KABC
By ABC7.com staff 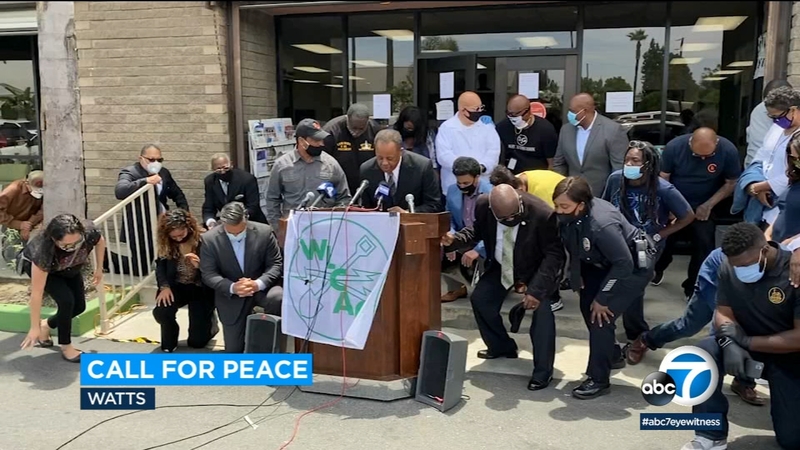 Elected officials, clergy, workers and others came together to show unity and share a proactive message.

They say they support peaceful protests, but will not stand for any violence.

They also called for solidarity with law enforcement.

In August 1965, the Watts riots started when a white CHP officer pulled over a 21-year-old black man for drunk driving. An argument escalated into a confrontation that eventually spread to larger violence over six days, claiming 34 lives and causing $40 million in damage.

On Monday, community leaders said many of the underlying problems that sparked the Watts riots still remain.

In 1992, violence, including rioting, fires and looting, gripped much of the Los Angeles region when a jury acquitted four LAPD officers in the beating of Rodney King.