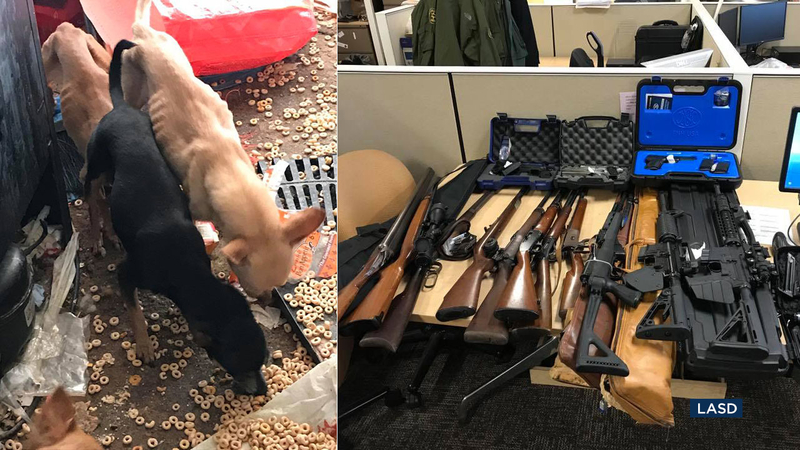 NEENACH, Calif. (KABC) -- Antelope Valley authorities went to a home to investigate a man accused of making threats against utility workers -- but when they arrived, they found an entirely different problem.

Detectives discovered dozens of small-breed dogs in what they called "deplorable" conditions.

The animals were said to be clearly famished, so deputies dumped a box of Cheerios they found on the ground to feed the pups.

Conditions were so bad, officers needed hazmat suits to get the dogs out.

One was an unregistered assault rifle.

The 43-year-old man is a convicted felon and he was arrested on suspicion of making criminal threats and being a felon in possession of ammunition.

His 63-year-old uncle was arrested on suspicion of felony weapons charges.

The names of the two suspects were not immediately released.