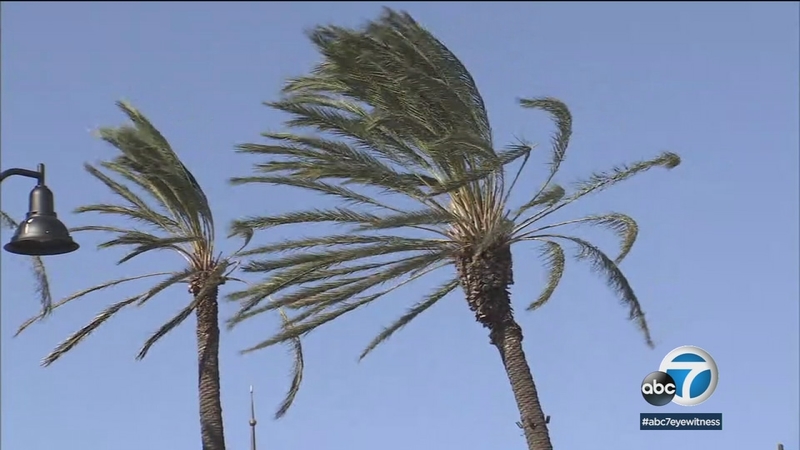 SIMI VALLEY, Calif. (KABC) -- Wild winds were doing some damage around Southern California on Sunday, causing power to go out for thousands of residents and leading things like patio furniture to get blown around.

In Simi Valley, powerful, gusty Santa Ana winds pushed people around as they headed to stores.

A trampoline wound up in the street after being blown out of a yard and taken for a ride by the wind.

"Every now and then you'll get picnic umbrellas flying over here. This is the first time I've seen one of these in 20 years," laughed a Simi Valley officer.

Southern California Edison said around 7,400 customers were without power due to the winds Sunday afternoon. Los Angeles Department of Water and Power officials said they had about 1,100 power outages as of 2:45 p.m. About 780 were customers in the Los Angeles Metro area and about 600 were in the Woodland Hills area.

Simi Valley residents said they've been getting blasted by the winds for several days, but Sunday's conditions were extreme.