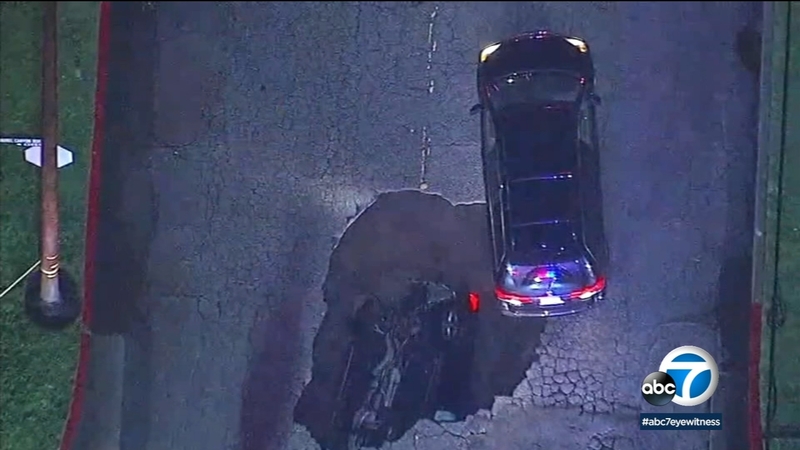 STUDIO CITY, LOS ANGELES (KABC) -- The Los Angeles City Council has agreed to pay up to $4 million to the woman whose car fell into a sinkhole while she was behind the wheel in Studio City in February 2017.

The car was swallowed up on Laurel Canyon Boulevard during a major storm.

She screamed for help as another car teetered above her.

City firefighters rescued the woman just before the second car fell into the massive sinkhole.

The woman suffered a concussion and blurred vision in the incident.