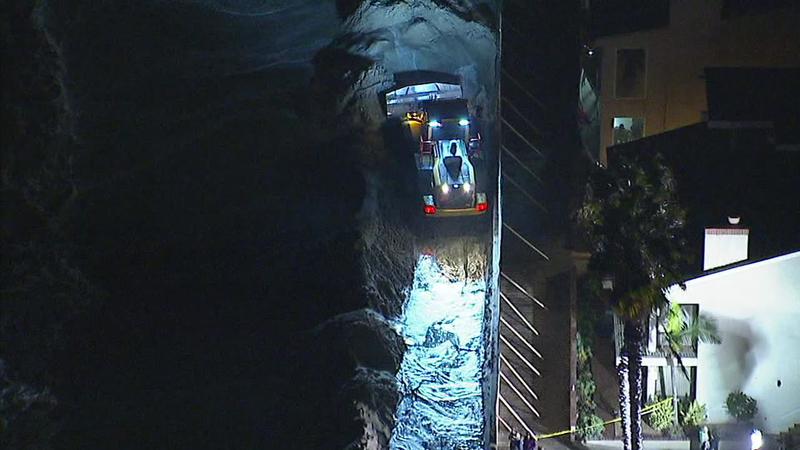 LONG BEACH, Calif. (KABC) -- A high surf advisory is in effect until Sunday for Los Angeles and Ventura counties, and crews worked throughout the day to create protective berms on the beaches.

In Long Beach, bulldozers prepped for possible flooding in the peninsula area by creating a 10-foot ridge to keep water out. The surf is expected to reach peak heights Friday night and into Saturday morning, with waves between 4 to 7 feet.

"It's actually usually really calm. It's usually just like flat little sand. Nothing like this. Usually the waves are pretty mellow so it's crazy to see them up this high," one resident said.

A southwest swell from Hurricane Sergio is creating the large waves and pushing the water close to hundreds of homes.

"There's not many times in that section of the beach where you see waves breaking inside the buoy lines. In this instance we've had several surfers out there this morning so this is pretty big," Marine Safety Chief Gonzalo Medina said.

Firefighters have built a mile-long wall along the beach, and they've reinforced it with plywood to protect homes. They even distributed sandbags to be extra cautious.

"I think it's a big deal. It's exciting to have waves in Long Beach," one resident said.