According to Storyful, Ameren reported that about 200 utility poles had been damaged in the area, cutting power to parts of the city and nearby Eldon. 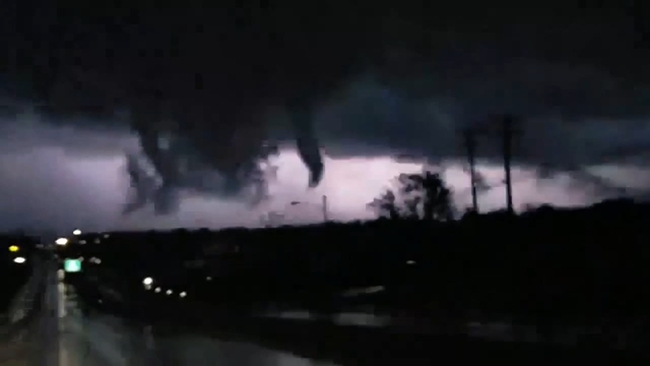