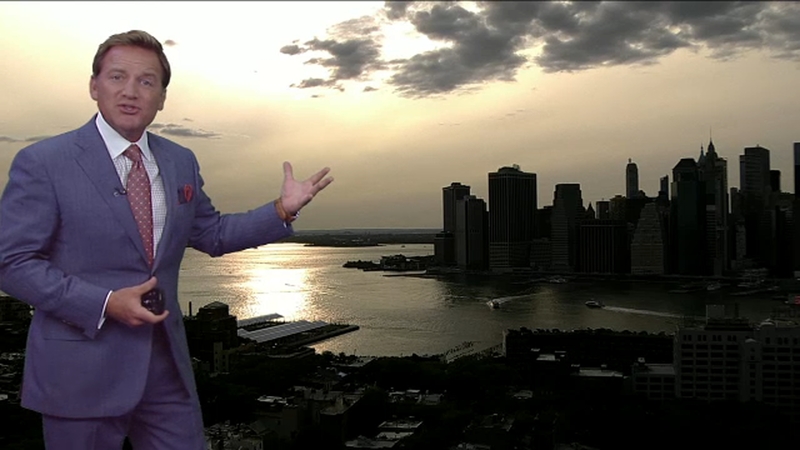 NEW YORK -- Smoke from the West Coast wildfires has reached the East Coast.

The New York City sky was hazy on Monday as a result of the smoke becoming caught in the jet streams and traveling to the East Coast.

With the Canadian dry air mass heading towards New York, the state would typically see cobalt-blue skies, but instead, it will be cloudy and hazy.

The area will deal with that in varying degrees over the next couple of days.

"Even though we have a sunny and dry forecast coming up, don't be surprised if it's more of a milky sun, or filtered sun," Meteorologist Lee Goldberg said.

All across the San Francisco Bay Area, residents woke up to dark, orange skies. Here's a look at some of the most dramatic images.

NASA has a model of the smoke that is an aerosol forecast that shows where the smoke is coming in.

It will wave in various densities over the Northeast over the next few days.

California, Oregon and Washington state have seen historic wildfires that have burned faster and farther than ever before. At least 35 people have been killed.