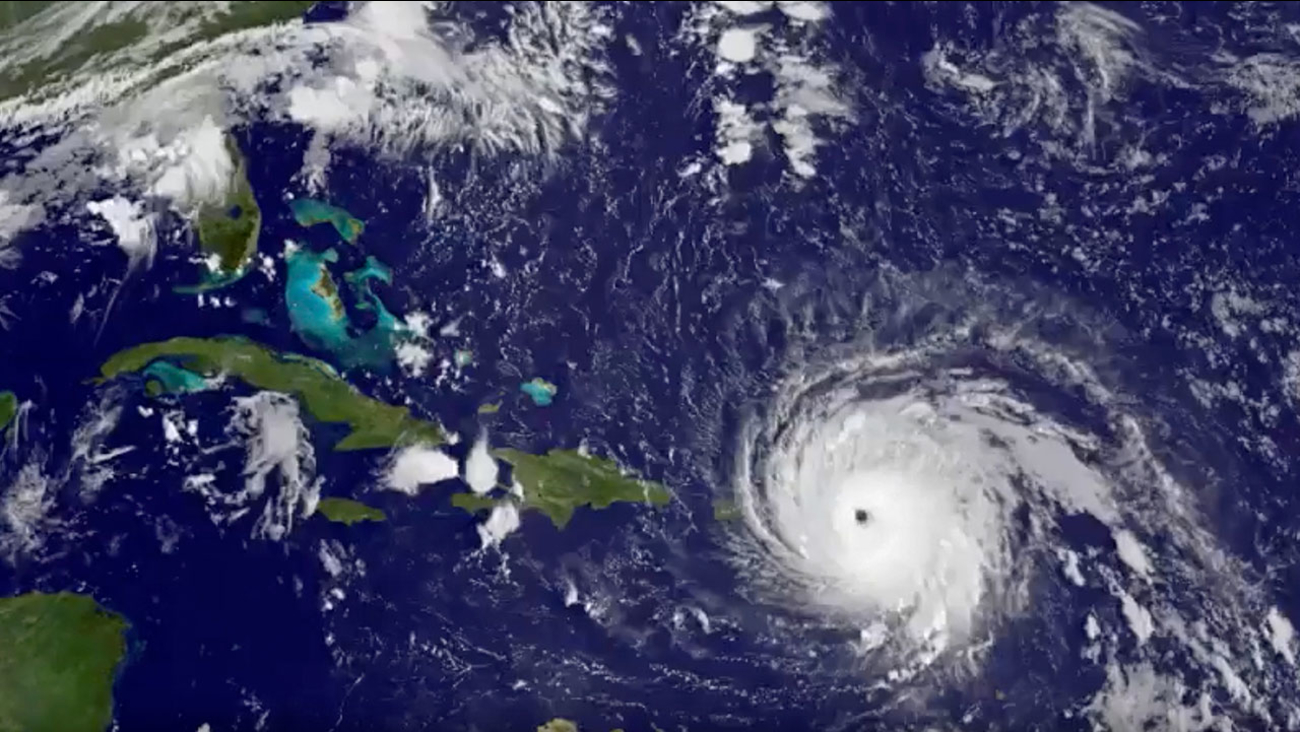 A NASA/NOAA satellite image shows Hurricane Irma moving through the Atlantic Ocean and hitting islands in the Caribbean. (NASA/NOAA GOES Project via AP)

A powerful Hurricane Irma is threatening millions of people in the Caribbean and Florida. Some answers to questions about Irma and hurricanes:

WHERE DO THESE STORMS COME FROM?

Irma is a classic Cape Verde storm, which begin near the islands off the west coast of Africa. Some of the worst hurricanes start as puffs of unstable air and storminess there and chug west, gaining strength over the warm open Atlantic. Another storm, Jose, has followed in Irma's footsteps. Some of those storms fizzle from wind shear or other weather conditions. Still others curve harmlessly north into the mid-North Atlantic and are called "fish storms." Storms also start in the Gulf of Mexico, like Katia which formed off Mexico and was declared a hurricane on Wednesday.

Hurricane Irma made landfall in the Caribbean early Wednesday near St. John's, Antigua, as the most powerful Atlantic Ocean hurricane in recorded history.

WHY ARE STORMS HAPPENING NOW?

Hurricane season starts June 1 and ends Nov. 30. That's usually when the water is warm enough and other weather conditions are conducive to storm formation. Hurricanes need water that's at least 79 degrees (26 degrees Celsius). Peak hurricane season is from mid-August to mid-October with the peak of the peak being Sept. 10 or 11.

An average season produces 12 named storms, according to the National Weather Service. Wednesday's Katia is the 11th this season. Storms get names when winds reach 39 mph. The average season produces six hurricanes and three of those become major at 111 mph winds or higher. So far this year, there have been six hurricanes: two major ones, Harvey and Irma; two new ones Wednesday, Katia and Jose; and Franklin and Gert.

Major storms can and do form back-to-back and did so last year with Matthew and Nicole, but having more than one hit the U.S. in a season is strange. If Irma hits Florida as a category 4 or 5 storm, it will be the first time in historical record that the U.S. was hit by two category 4 or 5 storms in one year, said Colorado State University meteorology professor Phil Klotzbach.

WHY IS IRMA SO STRONG?

Hurricanes use warm water as fuel. Irma has been over water that is 1.2 to 1.8 degrees (0.7 to 1 degree Celsius) warmer than normal. And that warm water goes deeper than usual. High altitude winds, which can fight or even decapitate storms, are not strong, also helping Irma. While over the open Atlantic Ocean on Tuesday, Irma's 185 mph winds set a record for that region. In the entire Atlantic, Caribbean, and Gulf of Mexico, only Hurricane Allen in 1980 was stronger with 190 mph winds. Others with 185 mph winds: a 1935 Florida storm, 1988's Gilbert, and 2005's Wilma.

HOW UNUSUAL IS IRMA?

This is only the second time since satellite-tracking began about 40 years ago that one maintained 185 mph winds for more than 24 hours, said Klotzbach. The other was the massive killer typhoon Haiyan that killed more than 6,000 people in the Philippines in 2013.

IS THIS GLOBAL WARMING?

Scientists take weeks or months to conduct intricate studies, using computer simulations, to see if a storm was worsened by man-made climate change. There have been a limited number of hurricanes since record-keeping began in 1851, which makes it difficult to do robust statistical analyses. However, scientists have long said future global warming would make some of the worst storms stronger and wetter and recently have linked climate change to future rapid intensification of storms. There's been scientific debate over whether global warming means more storms, but the stronger and wetter is generally accepted by scientists.

WASN'T THERE A HURRICANE DROUGHT?

HOW ARE STORMS FORECAST?