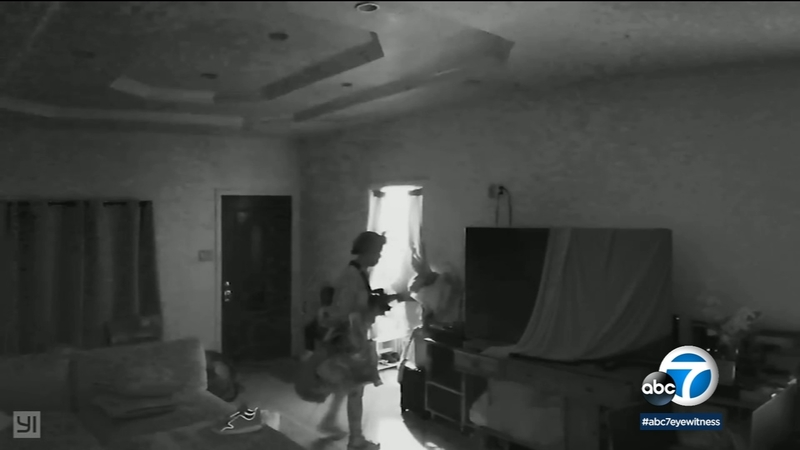 "You feel violated," said burglary victim Melvin Barrientos. "There's not a lot you can do. You feel helpless."

Barrientos says he got an alert on his phone in the middle of the night from his surveillance camera.

He thought maybe the fumigation company was taking down the tent a few hours early.

"Then as I woke up, I started noticing, I'm like, no, that's not them. They're actually going through my things," Barrientos said.

The family said the suspects got away with jewelry, 10 pairs of new shoes, gold, silver and electronics.

Barrientos says while the doors were locked, some windows were left open during the fumigation process.

He believes the suspects climbed in.

The home was being fumigated for termites, so no one was home.

Barrientos isn't alone in his anguish.

Thieves often target tented houses being fumigated because it is certain no one will be inside, but the fumes are toxic. In 2014, a suspected burglar was found dead at a tented Westminster home after reportedly being overcome by the fumes.

If your house needs to be fumigated, authorities recommend taking valuables with you and ask police for extra patrols in your neighborhood while your house is tented.