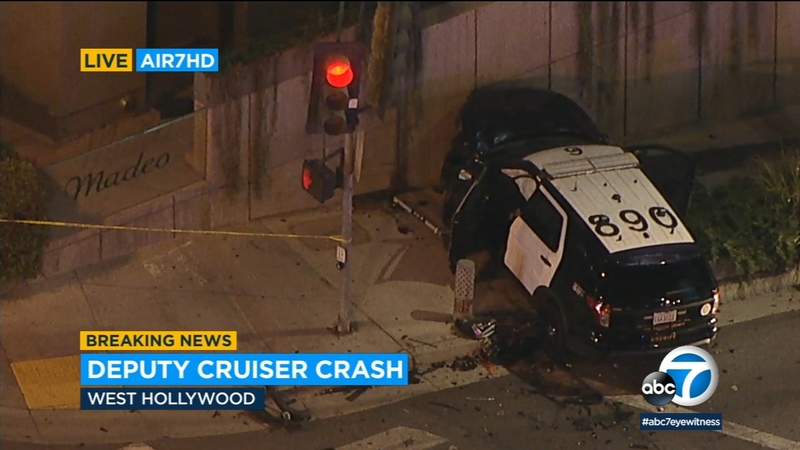 Footage from the scene showed the patrol car on the sidewalk after it apparently slammed into a wall of Madeo restaurant at the intersection of La Cienega and Sunset boulevards.

The condition of the deputies is unknown.

A civilian car apparently involved in the crash was heavily damaged and stopped in the middle of the intersection. A scooter was also seen beside the patrol car, but it's unclear if anyone else was injured in the crash.

Details about how the crash happened were not immediately available.

Sunset Boulevard was closed in both directions due to the crash, and the scene was cordoned off with crime scene tape.