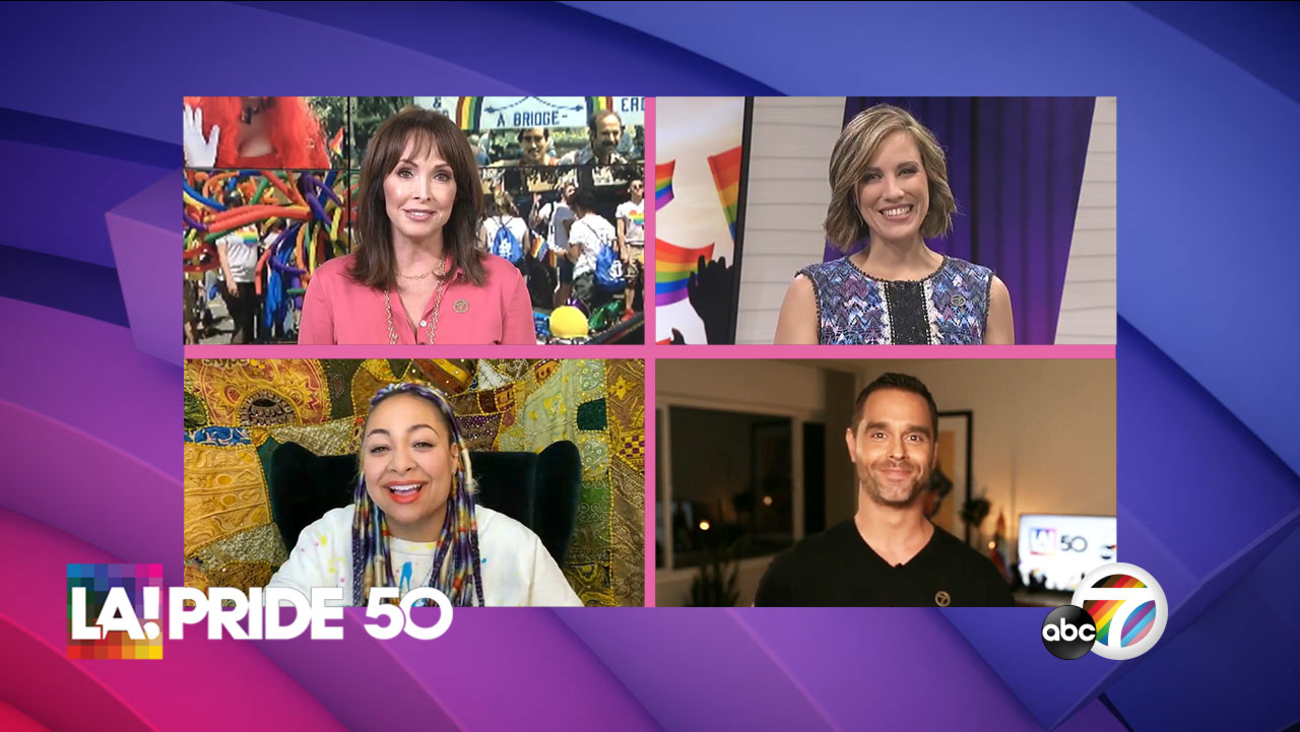 ABC7 is proud to be the broadcast partner for the L.A. Pride Parade, bringing the annual event to television for the first time ever in 2019.

ABC7 set out to reimagine the 50th anniversary of LA Pride for Angelenos and continue the traditions set by the LA Pride Parade and Festival as one of the biggest pride events in the country each year. This year, the celebration will pay tribute to the history of LA Pride and celebrates the Los Angeles area's storied role in the LGBTQ+ civil rights movement.

The virtual festivities will air as an exclusive special that honors the journey through historical vignettes and celebrates the central role of the LGBTQ+ community in the culture and history of Los Angeles. The special will feature in-depth interviews and spotlight local unsung heroes, queer culture, community activists, raise awareness of the struggles surrounding being black and gay, and footage that bring to life all the achievements of LA's LGBTQ+ community throughout the years.

In partnership with LA Pride, iHeartRadio LA is hosting a series of virtual PRIDE events, including the Virtual PRIDE Happy Hour Parties on "Pride Radio," accessed through the iHeartRadio App on Fridays in June at 5 p.m.

On Friday, June 26th at 7:00 p.m., the LA based iHeartRadio stations will collectively host a virtual PRIDE celebration across the stations' YouTube Channels.

The ONE Archives at the USC Libraries is a generous partner and the guardian organization of 50 years of LGBTQ+ archives, including photos, posters, and videos. They are an essential resource for showcasing the trailblazing and diverse history and culture of the community. The Archive is supplying photos for the special that reflect the past 50 years of LA Pride.