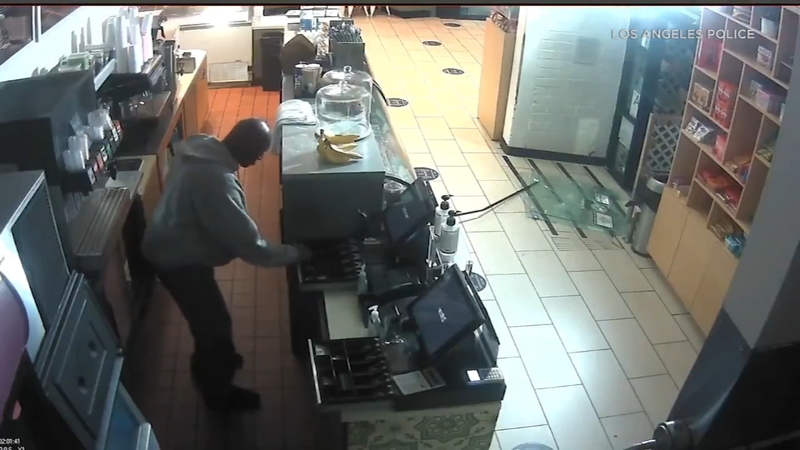 Police released surveillance video of one break-in showing the suspects force their way in to one restaurant by removing the glass in the front door.

They are seen rifling through a cash register, though it's unclear how much cash was stolen, and removing a few items of merchandise from a shelf before leaving.

Police released video and a description of the suspects on Twitter.

Two suspects wanted in a series of burglaries targeting restaurants/coffee shops in the West LA area. They are described as two black males, 6’0”, 200lbs, 45-50yrs old, in a beige 4 door sedan, possibly a Nissan Altima.

They were driving a beige four-door sedan, possibly a Nissan Altima.

Anyone with information is asked to call Los Angeles Police Department detectives at (310)444-1524.