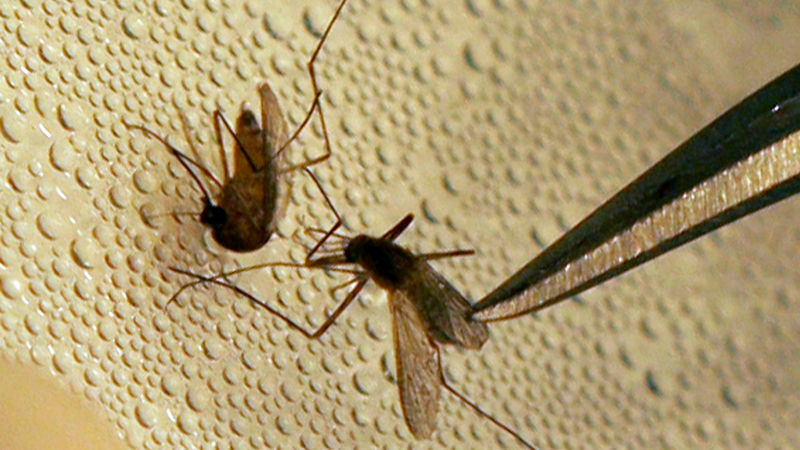 FULLERTON, Calif. (KABC) -- Twenty-nine positive West Nile virus mosquito samples have been collected in Fullerton, along with two human cases, officials said, resulting in a higher risk of residents being bitten by a mosquito capable of transmitting the infection.

A program of truck-mounted pesticide spraying began early Thursday morning in the city due to the significant increase in West Nile virus activity.

According to Lora Young of the Orange County Mosquito and Vector Control District, the pesticide will be applied at 3,989 properties in the city.

The mosquito samples were identified between Aug. 24 and Sept. 28, and two people tested positive for the virus, Young said. Of those 29 samples, 27 were discovered in the areas that crews plan to spray from 2 a.m. to 5 a.m. each day through Saturday.

One of the individuals who tested positive for the virus lives in the area, Young said.

The increase in detected activity means a higher risk of residents being bitten by a mosquito capable of transmitting the virus.

Health officials have not been able to pinpoint a specific reason for the increase in West Nile virus activity in Fullerton.

A map shows neighborhoods in Fullerton where crews began spraying a pesticide on Thursday, Oct. 4, 2018, in response to an increase in West Nile virus activity.

"It could be a number of small backyard sources contributing to that," the spokeswoman said.

Young said the district is using the water-based DeltaGard for the first time. She described the pesticide as safe for people, pets and unharmful to the finishes on cars and home.

As preventive measures, residents are urged to eliminate standing water near structures, install or repair screens on windows and doors, and wear insect repellant.