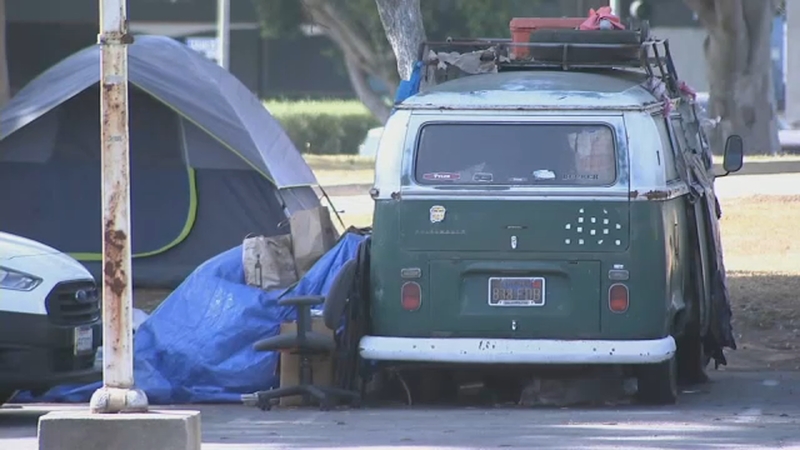 WESTCHESTER, LOS ANGELES (KABC) -- Residents say Westchester Park is already filled with dozens of tents with trash strewn everywhere. Many are citing safety concerns as they oppose a plan to use the park to house the homeless.

"Right now we're being held hostage, that we can't use our park," said area resident Tom Brewster. "We're not asking to solve the homeless problem. We're just trying to keep our children, our neighbors, our seniors safe."

Brewster and others are concerned over plans to set up homeless housing in the park. There is a also a proposal that would use parking lots at the beaches for single occupancy tiny homes or safe camping.

"Who wants to bring their kids here? I feel for these people, but the city has to find a place for them," she said.

"They just take your name but they never get back," said one resident.

Residents say one part of the plan is to close down the park altogether and make it into a safe camping area - and they feel that is unacceptable.

"To think about shutting it down to take away that green park space from everyone, it just doesn't seem fair," one resident said.
Bonin's office says this is not accurate, and that the councilman is looking for immediate, urgent alternatives to encampments.

His office released a statement, which says in part: "I have proposed moving existing encampments in Westchester Park to a designated area of the park, with security, sanitation and services, returning the majority of the park to public recreational use while we house the people currently living there."

Area resident Sara Chapman says this is a citywide issue and she's willing to look at everything.

"I think a solution like Bonin's plan should be considered. I think we should move forward with a feasibility study," Chapman said.