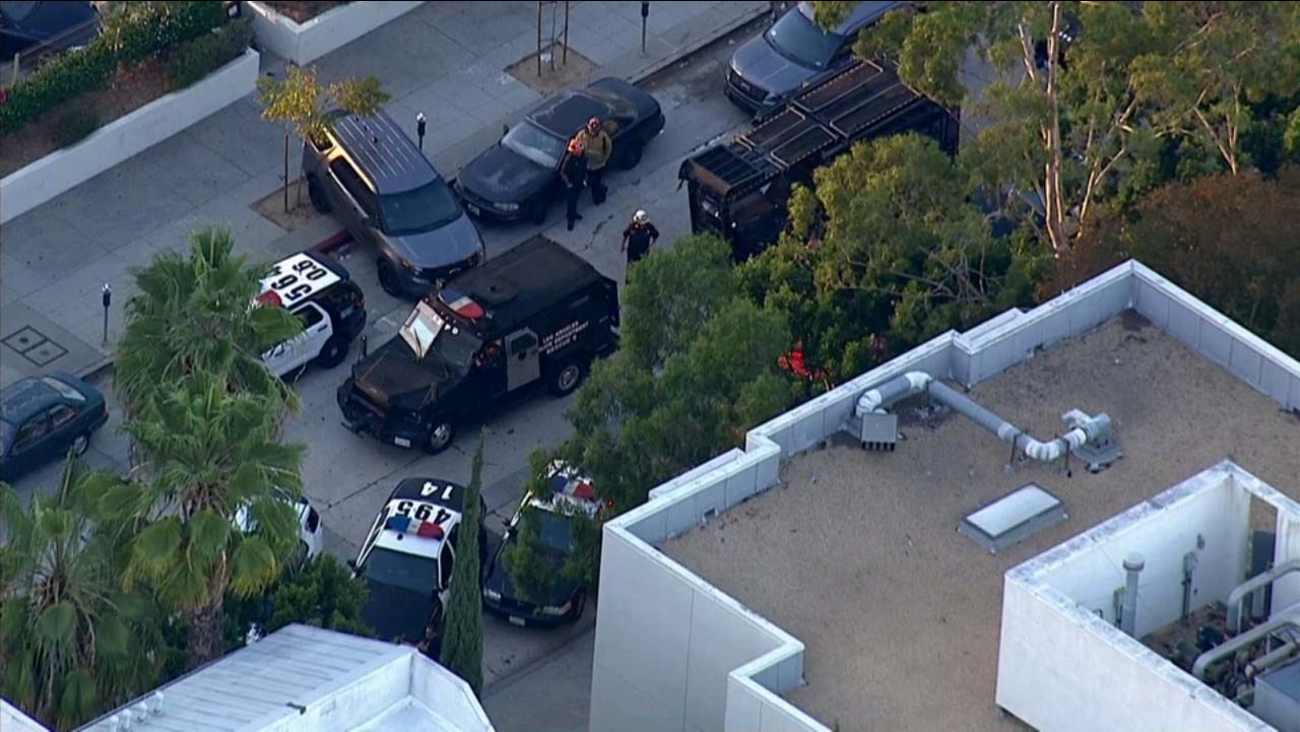 SWAT and LAPD at a scene in Westwood where there were reports of a gunman on the loose Tuesday, Oct. 13, 2015.

LOS ANGELES (KABC) -- Police responded to reports of a gunman in a busy area of Westwood where the suspect was believed to be held up.

The suspect was believed to be barricaded inside multiunit apartment structure, but when a SWAT team and K-9 units arrived shortly after 8 p.m., the
suspect was not found, police said.