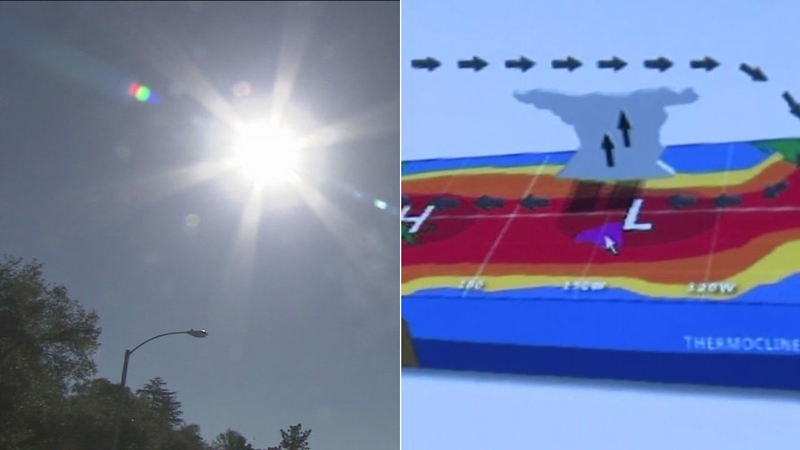 LOS ANGELES (KABC) -- The unexpected heat in February has a lot of Southlanders wondering, where is El Nino? Experts say we shouldn't let our guard down just yet.

According to the National Oceanic and Atmospheric Administration, El Nino is still here. We still have abnormally warm water temperatures at the equator, which is consistent with past El Nino seasons.

However, NOAA cautions that past El Ninos should not be considered a forecast for our current El Nino season.

Rather, it should be considered a guide with the understanding that a high potential for several storms this season still remains.

Additionally, NOAA said it would be premature to not remain vigilant with storm preparations, especially since some of the rainier months happen in February and late March.

Long-range models indicate that a significant storm could move through Southern California sometime between late February and early March.