El Nino: NASA describes what California should expect next 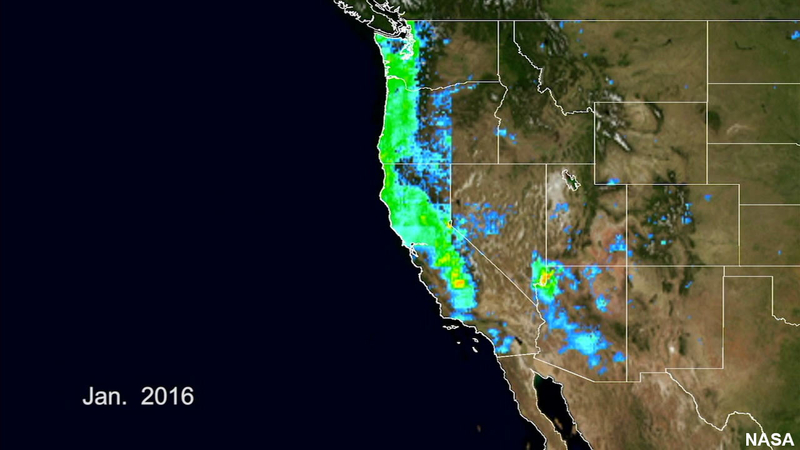 El Nino: NASA describes what California should expect next

LOS ANGELES (KABC) -- NASA is breaking down the effects of El Nino across California and what the state should expect next. The agency says there's good news and bad news.

The good news is that warm El Nino water is still present in the Pacific, so there is still time to get some good El Nino storms in both Southern California and Northern California.

The bad news is that we would need many more months of rain to offset our five year drought.

The problem that Southern California is experiencing is a blocking high-pressure system, which is staying stationary.

It's a blocking dome that is preventing storms from reaching Southern California.

Northern California is getting some precipitation, which is nice for those rainfall totals.

The Sierras are finally getting normal snow fall totals, and since we get most of our water from that melted snow, it helps our drought problems slightly.

But before you get too excited, there is a bigger drought threat ahead. Her name is La Nina, and she typically follows an El Nino cycle.

"Strong El Ninos are frequently followed by La Ninas, and if that happens, the warm water will be replaced by cold water sometime during the summer and into the fall," explained NASA scientist George Huffman. "When that happens, the typical pattern is that you have lower rainfall in the central Pacific, a lower chance of rainfall in the West Coast of the U.S. and the following winter."

Ultimately, the long term drought remains in Southern California and it will be something we'll continue to talk about likely for the next several years, especially if La Nina makes an appearance soon.

So continue saving water any way you can. We have a long way to go.