Father gives 6,100 gallons of hand sanitizer to hospital that saved his daughter 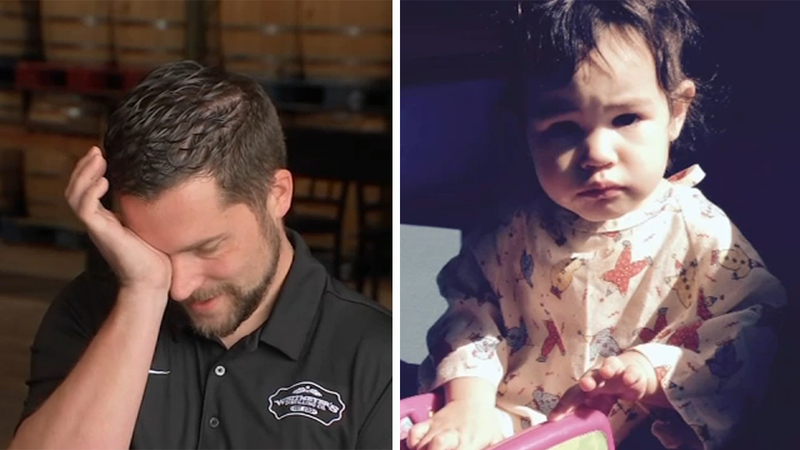 "Right now, we've got finished gallon pallets over here. We've got 240 gallons per pallet," said Travis Whitmeyer as he pointed to a storage room filled with boxes.

But they aren't bottling their reserve bourbon or Texas peach whiskey. They're filling jugs of hand sanitizer.

"Two weeks ago, I didn't really know much about hand sanitizer. It was crazy," said Chris Whitmeyer, who co-owns the operation with his brother.

The brothers transformed their small batch distillery into a massive sanitizer operation.

As most small business owners closed their doors, these guys increased hours. They are now operating 24 hours a day, seven days a week.

They hired 30 furloughed bartenders to help bottle, package and distribute bottles to the public for free.

"This is a way for us to kind of get on the front lines and fight this thing with the rest of Houston," said Chris.

Being on the front lines, serving and giving back all comes naturally for these Iraq War veterans.

"Definitely being in those high pressure situations kind of helps with what we're doing today," said Travis.

That training and service prepared them for a very big call from Texas Children's Hospital, which was running low on its supply and in need.

It's the biggest order the distillers have received yet, and one Chris could not turn down.

Chris explained that it is the least he can do for the doctors and nurses he credits with saving his daughter's life.

Three years ago, she came down with the flu and her health deteriorated after also contracting croup.

"It's where they're constantly gasping for air, it's a really horrible thing for a parent to deal with," explained Chris.

After a week in the hospital, he says she was released, but only for the infection to get worse.

"I remember... we took her back down and she had to go into the ICU at Texas Children's, and that was very scary," he said.

His 2-year-old spent another week in the ICU.

Chris watched the health care professionals work around the clock to keep her breathing.

"When you see them with crash carts and hooking them up to all these tubes and wires, and she's crying and there's nothing you can do, but they did it. They were her parent that day. And they took care of her."

He hopes this hand sanitizer will protect those same nurses, doctors and medical staff as they continue their work to save children.

It's hand sanitizer, bottled by furloughed employees, packaged at no profit, by two veterans, signing up to help on the front lines again.