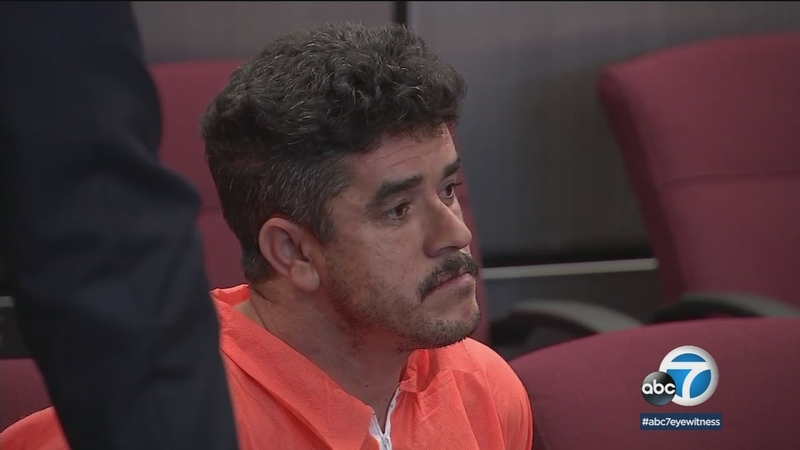 BELLFLOWER, Calif. (KABC) -- A 32-year-old man is facing an attempted murder charge after allegedly attacking his wife with a chainsaw in front of their children in Whittier last week.

Alvarez reportedly fled the area in his wife's vehicle following the attack and was involved in a hit-and-run collision before stealing another vehicle, prosecutors said.

He is scheduled to be arraigned Monday at the Bellflower Branch of the Los Angeles County Superior Court.

Prosecutors are asking that bail be set at $1.38 million.

If convicted as charged, Alvarez faces a maximum possible sentence of life in state prison.

Immigration authorities say he had been deported 11 times since 2005. They filed a new immigration detainer request, asking to be notified prior to his release.