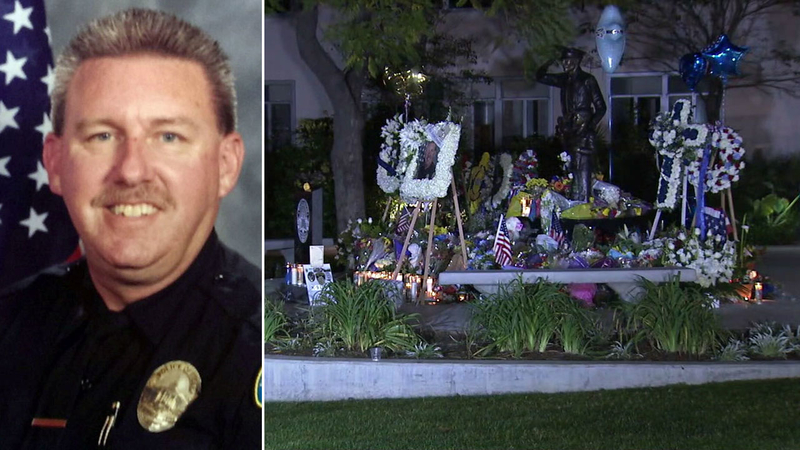 WHITTIER, Calif. (KABC) -- Hundreds attended a vigil Monday night in honor of Whittier Officer Keith Wayne Boyer, who was killed while responding to a traffic accident.

Friends said Boyer, who was also a musician, was the same man behind a drum set as he was in uniform - fun and full of life.

Michelle Ortiz worked alongside Boyer, 53, at La Serna High School from 2008 until 2012. Former students were among those who attended the candlelight vigil.

"He always seemed to bring positivity to our campus and made us all laugh and smile," Ortiz said. 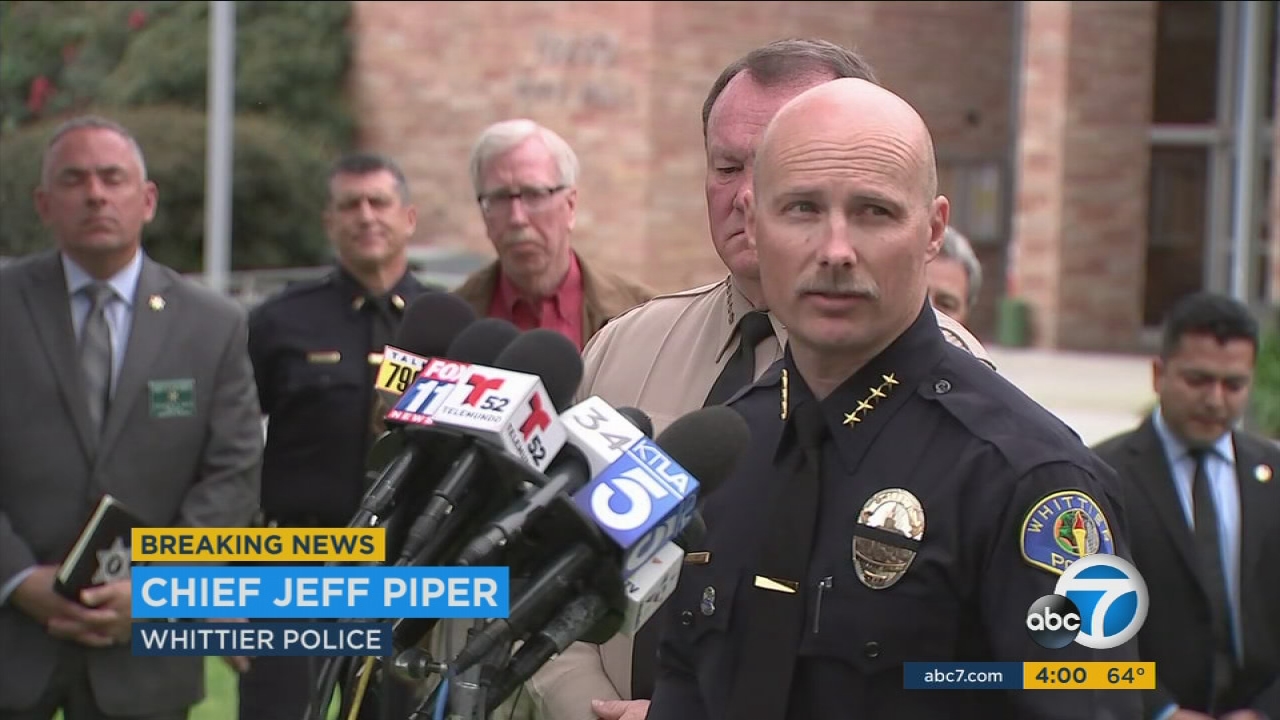 Whittier police chief talks about slain officer
The Whittier police officer who was killed in the line of duty was honored by fellow law enforcement officials in a procession on Monday.
Whittier Police Chief Jeff Piper fought back tears as he talked about Boyer, who was his friend of more than 25 years.

"You don't know how hard this is. Keith Boyer - outstanding person. God rest in peace. He gave his heart and soul for this community," he said.

Some with experience in law enforcement said Boyer's death is a reminder of the split-second decisions officers can face.

Boyer's parents sat side-by-side and held hands in front of a crowd full of their son's colleagues, friends and families who were there to offer support.

The memorial was set up in front of the Whittier Police Department. Boyer, a 28-year veteran on the force, had planned to retire. He leaves behind two adult sons and a daughter.