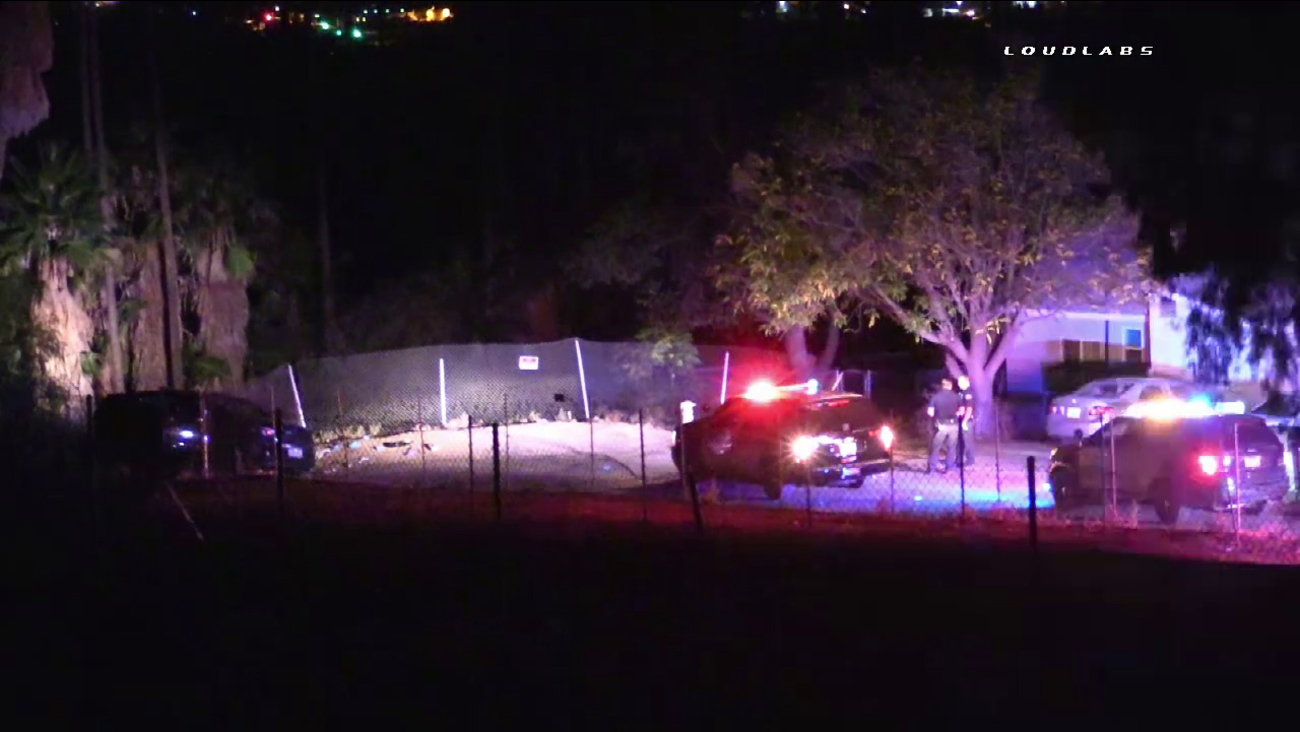 Authorities are seen in Wildomar after a male was shot and killed by Murrieta police on Saturday, Oct. 22, 2016. (Loudlabs)

WILDOMAR, Calif. (KABC) -- Murrieta police shot and killed a stolen vehicle suspect who they say led them on a chase, crashed into multiple patrol cars and then tried to ram an officer in Wildomar Saturday morning.

Authorities said around 2 a.m., Murrieta police saw a stolen vehicle near Murrieta Hot Springs Road and the 15 Freeway in Murrieta. When officers attempted a traffic stop, the suspect fled the scene and a chase ensued.

The suspect drove at high speeds, eventually ending up on the northbound 15 Freeway. The suspect then exited Bundy Canyon Road in Wildomar, continuing to travel at high speeds through surface streets until crashing into a fence in the 32500 block of Mesa Drive.

The officers tried to take the suspect into custody, but officers said he accelerated, causing the vehicle to crash into multiple patrol cars. The suspect then drove the car in an officer's direction and an officer-involved shooting occurred.

Authorities said the suspect was hit and eventually succumbed to his injuries. His identification was being withheld pending the investigation and notification of next of kin.

The Riverside County Sheriff's Department is conducting an independent investigation, which is protocol when an officer-involved shooting occurs.