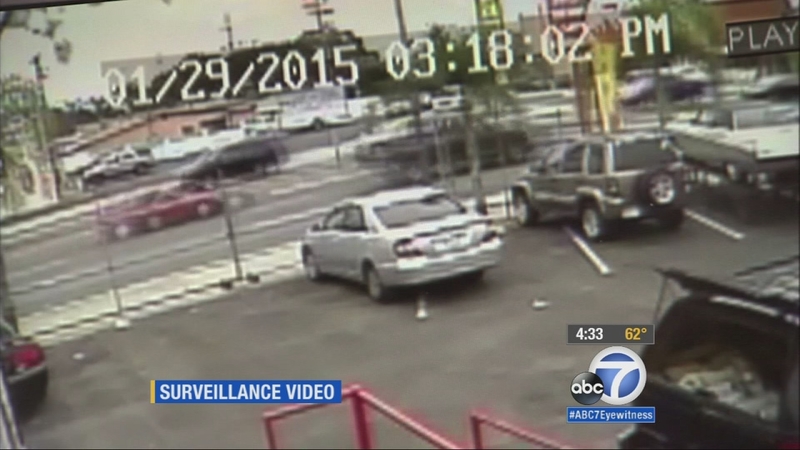 WILMINGTON, LOS ANGELES (KABC) -- Students at Banning High School in Wilmington are mourning two students -- a brother and sister -- who died in a car accident.

There's a memorial of candles and flowers on Pacific Coast Highway where two teens were killed on Thursday.

"I just feel bad for the family," said student Martha Vega. "I know it's hard losing two kids like that."

Most classmates heard the news on social media that the siblings, Lexi and Eli Garcia, had died in a horrific crash about three blocks from campus.

"They'd always make us laugh; they'd make me smile," said friend Jazzlene Rodriguez. "Lexi, she was beautiful. She'd always make everybody smile. She'd have a great time with Eli. They were super close. Eli was the best; he'd make everyone smile and have fun."

Lexi was 18 years old, and her brother Eli was 16. School officials and classmates said they were well liked.

"Eli was just like really clumsy; he was really funny," said Stephanie Andrade.

Siblings Eli and Lexi Garcia are shown in this undated file photo.

The LAPD says Garcia's red Honda and a dark-colored pickup truck were both traveling westbound in the eastbound lanes of PCH when the Honda collided with a large van.

Police are not officially calling it street racing, but say speed was factor.

Surveillance video shows a red Honda and a dark-colored pickup truck speeding west in the eastbound lanes on PCH just moments before the deadly crash. Ulises Galvez was at his desk when one of the security cameras at his car dealership caught the images.

"It almost seems like they were going full speed before they even hit impact," he said.

"We have to, today and everyday, create a save environment for students, both emotionally and physically, and today it's more on the emotional side," said Lydia Ramos, LAUSD director of communications.

Extra counselors were brought in Friday morning, and at times, students were seen helping each other.

"Friends are waiting for friends," Ramos said. "And as soon as they walk in, they are hugging and crying."

"I feel very sad about what happened to her child and daughter," said student Jonathan Cruz, as he wiped away a tear.

Two friends that were in the back seat of the Honda survived the crash. One girl remains hospitalized. The driver of the van was also hospitalized.

LAPD is still searching for the driver of the dark-colored pickup truck.