Young boy killed, 1 other boy and 1 man injured when car slams into light pole in Wilmington 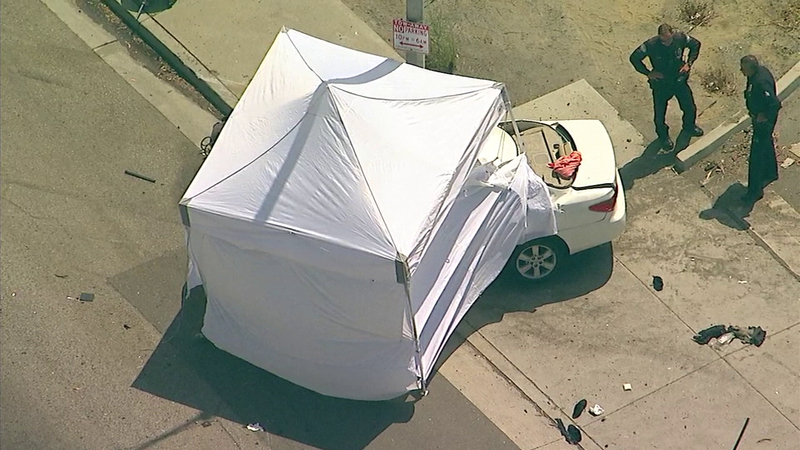 WILMINGTON, LOS ANGELES (KABC) -- A young boy was killed and another was critically injured Monday morning in a Wilmington crash that also left a man hospitalized, authorities said.

A vehicle slammed into a light pole near railroad tracks in the 200 block of Quay Avenue about 11:30 a.m., according to the Los Angeles Fire Department. No train was involved in the incident.

Firefighters were working to extract the deceased boy's body from the wreckage. He was described as being about 10 years old.

The surviving boy was believed to be between the ages of 6 and 8. He was transported to a hospital along with the injured man, who was listed in fair to serious condition.