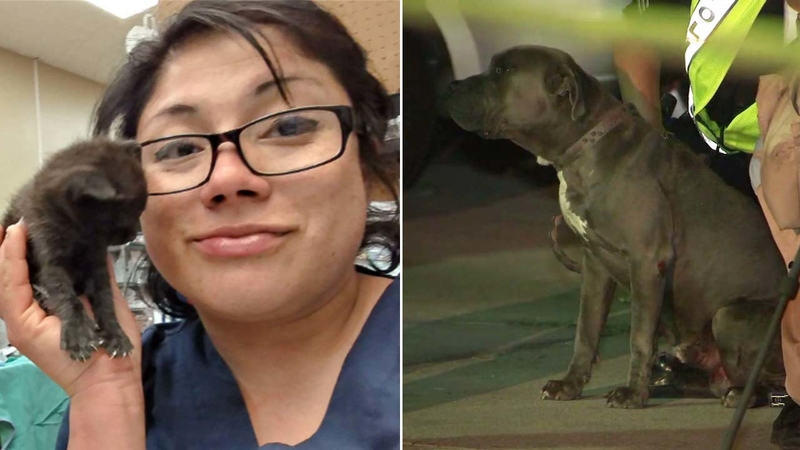 VAN NUYS, LOS ANGELES (KABC) -- A woman who was walking her neighbor's dog was fatally struck by a vehicle in Van Nuys early Monday morning.

The incident occurred around 2:45 a.m. on Burnet Avenue just north of Burton Street.

The woman's family members identified her as 27-year-old veterinary nurse Pamela Ramos. They said she was looking for her neighbor's dog while on a walk - when the crash occurred.

"My sister was a very loving person. She loved animals. She would help others before helping herself, a very genuine person," said Jose Ramos, Pamela Ramos' brother.

Her family said she was instrumental in getting the city to put up stop signs in the area because of vehicles racing through the street.

LAPD detectives said Ramos was in the middle of the street when she was hit by a black Camaro that was traveling north on Burnet Avenue. Police officers on scene said Ramos' neighbor's dog was not hurt in the incident.

The driver stopped, called 911 and cooperated with officers. Investigators said they don't think the driver was speeding or under the influence.