Woman hospitalized after being shot outside Hollywood bar; assailant at large 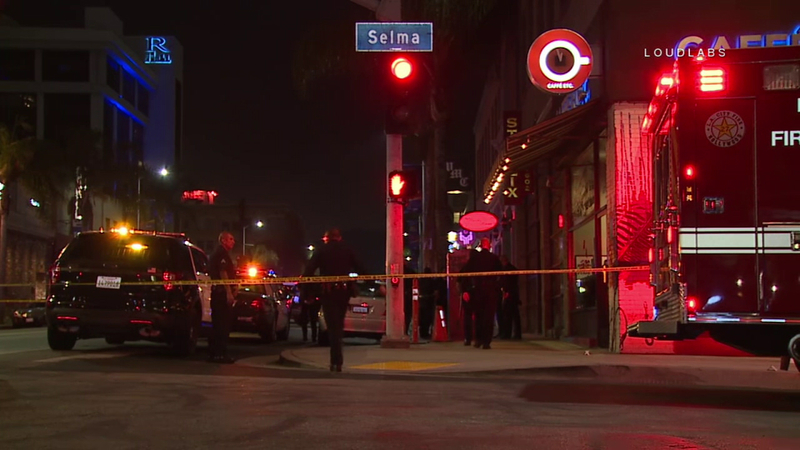 Woman wounded in shooting outside Hollywood bar; assailant at large

HOLLYWOOD, LOS ANGELES (KABC) -- A woman was hospitalized after being shot in the leg early Tuesday morning on a street corner in Hollywood, authorities said.

The shooting was reported about 2:20 a.m. near several popular restaurants and bars near the intersection of Cahuenga Boulevard and Selma Avenue.

After being wounded, the victim ran into the nearby St. Felix bar for help. Los Angeles police and firefighter-paramedics responded to the scene, where the woman was visibly upset as she was placed in an ambulance.

Her injury was not life-threatening, according to LAPD Officer Mike Lopez.

The shooter remained at large. No description was immediately available.