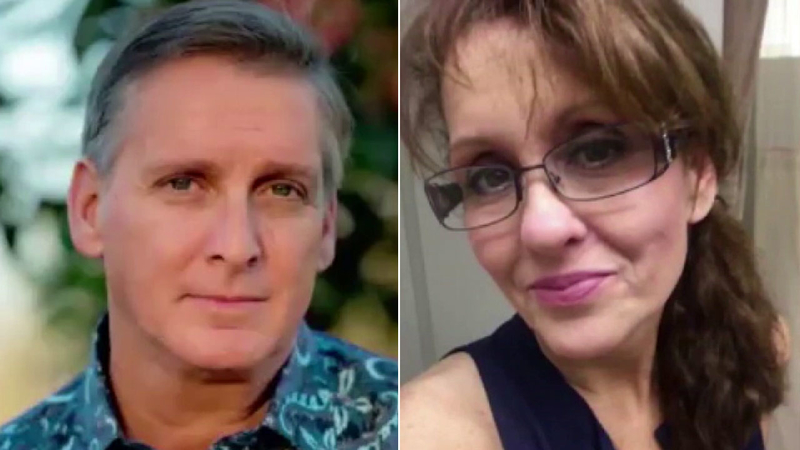 HENDERSON, Nev. (KABC) -- A woman who was reportedly kidnapped by her ex-boyfriend in Solvang last week has been found safe in Nevada, authorities said.

Police in the city of Henderson said Virginia Paris, 55, was found there overnight.

Hours later, around 11 p.m., Paris's alleged kidnapper, 52-year-old Joseph Hetzel, dropped her off in front of the Railroad Pass Casino in Henderson and drove off.

When police arrived, they found Paris safe. She was taken to an area hospital to be checked out.

She was medically cleared and reunited with family, officials said.

As for Hetzel, he's still on the run. Investigators believe he may be headed to Utah.

Before Paris was found in Nevada, she was last spotted Sunday at a Starbucks in Goodyear, Arizona.

She ordered a drink then went to the bathroom. As she was leaving the restroom, she told a customer that she needed help.

Investigators said when Hetzel saw what was happening, he dragged Paris out of the Starbucks and forced her into her black 2015 Chrysler 200.

Hetzel was believed to be traveling in that vehicle, which has California license plate 7NGE514. That car was later found Tuesday morning in Mesquite, Nevada, abandoned.

If you have any information about this case, you're urged to call (805) 681-4171 or go to sbsheriff.org/anonymoustips.

Hetzel is believed to have access to firearms and should be considered armed and dangerous. Anyone who spots Hetzel is encouraged not to approach or contact him, sheriff's officials said.