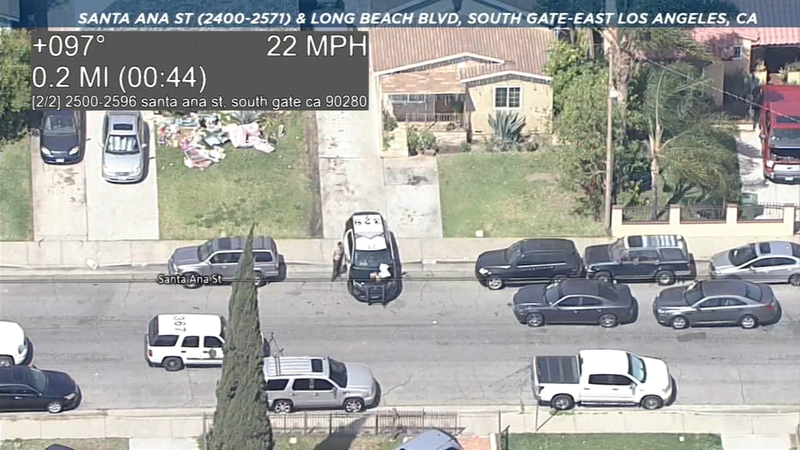 HUNTINGTON PARK, Calif. (KABC) -- The son of a woman found dead in a Huntington Park trash dumpster has been arrested on suspicion of her murder, authorities said Wednesday.

The woman was identified by the Los Angeles County coroner as 66-year-old Teresa Pasillas Iniguez. Her body was found Monday morning near where she was reported missing by a relative the night before.

According to the L.A. County Sheriff's Department, Iniguez's 32-year-old son, Cristian Torres, was detained as part of the investigation and later arrested in Rosemead Monday.

Torres is being held in lieu of $2,000,000 bail. He faces one count of murder and one count of taking a vehicle without owner's consent, according to the sheriff's department.

Investigators say there is no known motive and the murder weapon has not been identified.

The incident was first reported Sunday around 10:30 p.m. when a family reported a missing relative and a vehicle stolen from the 2500 block of Santa Ana Street in Huntington Park.

Sheriff's deputies responded and say they found signs of foul play at the scene.

Anyone with information is asked to call the Los Angeles County Sheriff's Department's Homicide Bureau at (323) 890-5500.