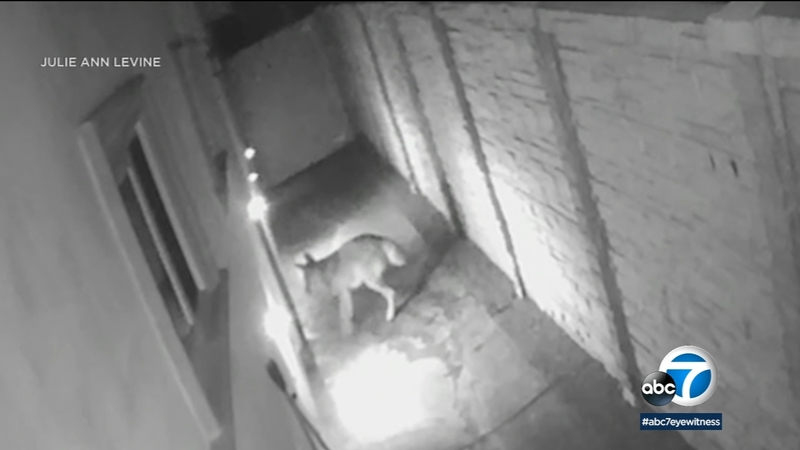 WOODLAND HILLS, LOS ANGELES (KABC) -- A coyote prowling a Woodland Hills neighborhood made its way right into a home while the homeowner and her pet dogs were inside.

The coyote then finds the doggie door and lets itself right in.

About three minutes later the coyote pokes its head back out and walks away.

Levine credits her three dogs for the coyote's short visit.

"I think he probably went down the hall, saw what he was up against, and probably skedaddled out of there," Levine said. "Then when the dogs realized they caught the scent, because they are beagles, they have incredible noses, and went nuts, and that's why I decided to look at the security camera to see what all the hubbub was about, and turns out, it was a very large coyote."

Levine, who runs a non-profit dog rescue, has since boarded up the doggie door.