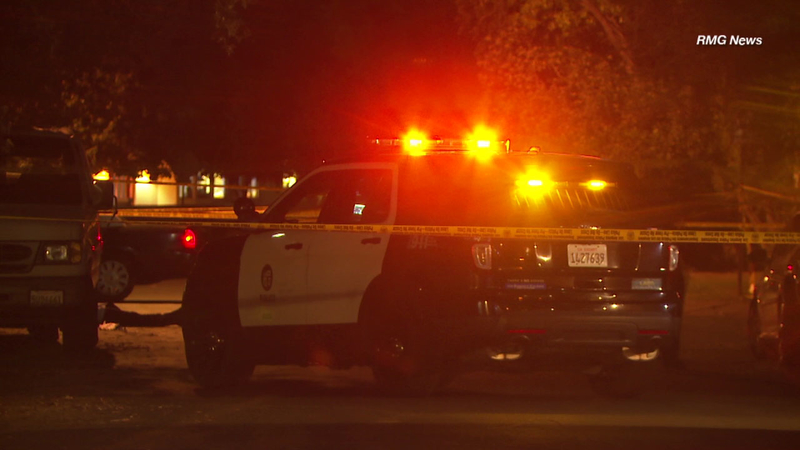 Police were called to the 23000 block of Leonora Drive around 8 p.m. They found a man in his 30s there with multiple gunshot wounds. He was pronounced dead.

Officers say it appears the shooting may have happened during the course of a carjacking.

#Developing: LAPD says a possible carjacking turned deadly in Woodland Hills — right now, they’re treating this as a homicide. A witness says the driver took off after trying to drag the victim inside the car. @ABC7 pic.twitter.com/LSbET1rggk

Witness Sam Kindseth said he heard gunshots and saw the victim's body being dragged by the suspect.

"(The suspect) was trying to pull the guy into his car, almost to like, hide the evidence, but maybe he couldn't get him in the car, and he just ran out of time and he took off and ran him over," Kindseth said.

Police described that vehicle as a newer Dodge Challenger, black or dark charcoal in color, with a convertible top.

The vehicle was later found abandoned at Stonegate and Overland drives in West Hills.

According to police, the suspect is described as male, 5 feet, 10 inches tall, and was wearing a black jacket and possibly jeans.

"I made eye contact with (the suspect), and he looked at me, and that's when I just pulled around the corner and called 911," Kindseth said. "And, I was like, OK 'He shot that guy because I wasn't sure at first.'"