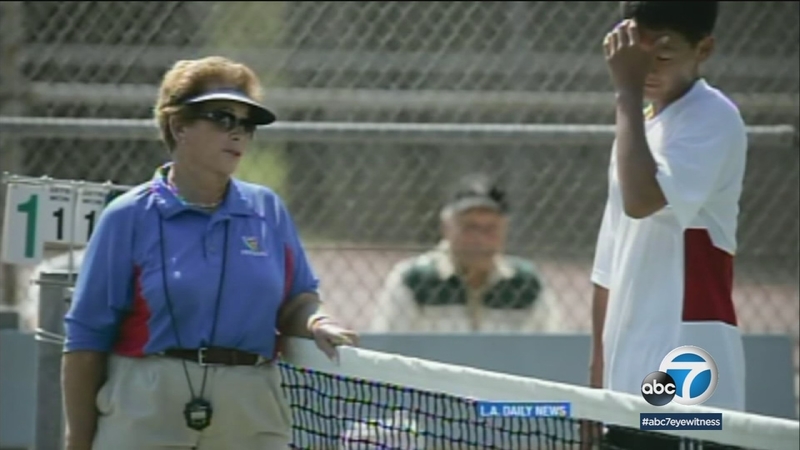 Lois Goodman was 70 years old at the time and had a prestigious job officiating major tennis matches for the U.S. Tennis Association.

She was about to umpire matches at the U.S. Open in New York when she was arrested and charged with murdering her husband with a heavy coffee mug in their Woodland Hills home.

The charge was later dismissed for lack of evidence, but the L.A. County coroner had issued a report calling her husband's death a homicide.

Goodman claims the coroner recklessly or intentionally falsified the autopsy report, leading to her arrest, and causing her great financial and emotional hardship.

"I miss him," Goodman said. "I am having a hard time. I make very little money, and I am trying to umpire as much as I can. I have lost at least half the jobs that I had before, and I depend on my Social Security."

Goodman said she was a highly regarded umpire, but after her arrest, jobs dried up.