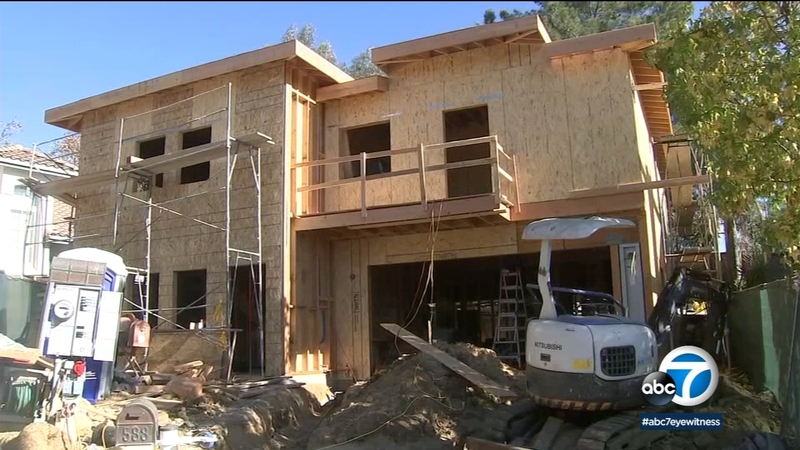 MALIBU, Calif. (KABC) -- Several communities are continuing to recover and rebuild one year after the deadly Woolsey Fire ignited and scorched nearly 100,000 acres in Los Angeles and Ventura counties.

A dangerous combination of strong winds, large swaths of dry brush and heat all culminated in the devastating blaze that resulted in three deaths and the destruction of 1,600 structures.

Vegetation has slowly started to grow back in parts of the burn zone, but there's still a long way to go.

Many homes that were destroyed by the fire have not been rebuilt. For many residents who were forced to evacuate or lost their homes, the lingering stress has taken a heavy toll.
EMBED More News Videos

Many families are struggling with the rebuilding process one year after the Woolsey Fire. One family, who lost everything, tell their story about holding on to hope.

Layla Steelman is still emotional when she looks around her Oak Park neighborhood.

Evacuee Gina Marcione is in the process of rebuilding her home, though it's not without its own challenges.

On Nov. 8 of last year, those powerful winds propelled the flames, overwhelming emergency reponders during the first 33 hours of the blaze, according to a comprehensive report which detailed flaws in the initial response.