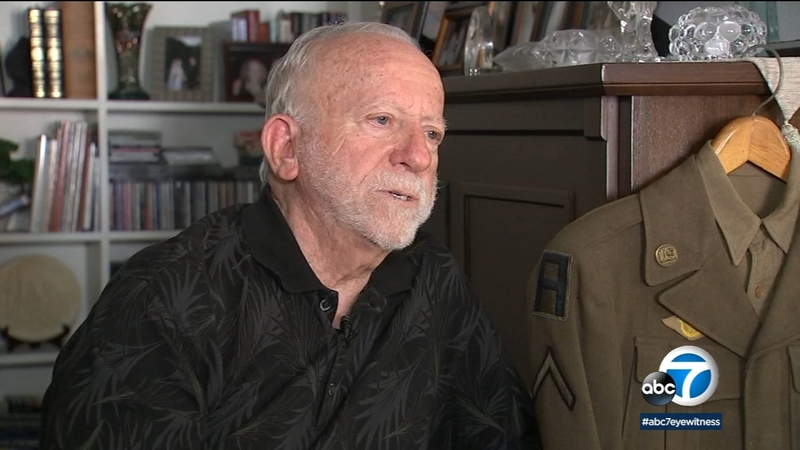 George Ciampa is an American hero. The veteran is part of the "Greatest Generation" and feels it's his mission to help educate others about World War II.

The 93-year-old not only fought on the battlefields, he's now bringing his experiences about the atrocities of war to generations who may know little about it.

"It's my mission is to teach the young in particular, about the high price of freedom," Ciampa said.

The World War II veteran fought at the Battle of the Bulge and D-Day. He now takes his life experiences on the battlefield to teach students in high school classrooms.

Ciampa has even produced five documentaries on the Second World War through the organization Let Freedom Ring.

He's seen, with his own eyes, the ultimate price soldiers have paid. That's what he shares with the students.

"You're seeing death every day, in all shapes and forms. You remember, you know the high price of freedom," Ciampa said. "We handled 75,000 dead bodies, that's American and German. We initiated 17 temporary cemeteries. We saw bodies in every shape that you can imagine. And more."

Ciampa says that's what he did for 11 months.

In recent years, he has taken a number of high school history teachers to the famous battle grounds in Europe, where the vets who survived some of the deadliest battles recount their experiences.

One of those teachers is Amber Keller, a U.S. history teacher at Redondo Union High School.

"I'm amazed how quickly people forget. And I think it was last year or the year before I had a freshman who had no idea. They had never heard of D-Day. And I thought: wait a minute, then I realized they were serious," Keller said.

That's where Ciampa comes in to tell his story to the students. He's working on funding for his sixth documentary, marking the 75th anniversary of D-Day.
He and a small group of veterans are entrusting high school history teachers to continue telling their story and the horrors of World War II, including the Holocaust, the soldiers who liberated concentration camps, and how the "Greatest Generation" shaped world history.

"They stopped the Nazis. I look at World War II in a whole different way. They saved Europe, they saved us and they saved the world," Keller said.