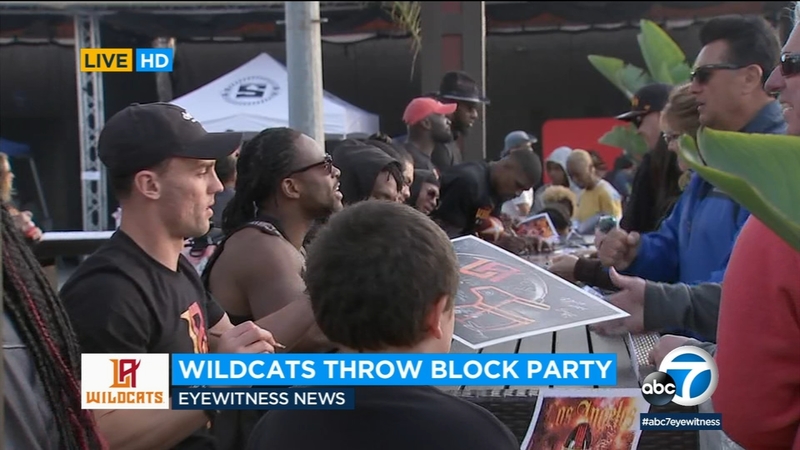 Wildcats head coach Winston Moss explained what fans can expect when the team hits the field.

"They're gonna see a winning football team, they're gonna see a team that's gonna compete hard, fight hard till the end, have fun doing it, and all brotherhood. It's all love," Moss said. "We're gonna give the fans some excitement."

De'Quan Hampton, Wildcats tight end and wide receiver, will return to his hometown for the season.

"Carson born and raised. It feels good to be back in the city. Always been out here all my life. I don't know, I just couldn't leave," he said. "We back here. Time to get it poppin'."

"Playing in the best city in the world. I think we have the best coach in the XFL, maybe one of the best coaches in football. We're gonna have a really exciting offense," Kanoff said.

The Wildcats will open their 10-game season Feb. 8 at Houston. They will play their home opener Feb. 16 against the Dallas Renegades at Dignity Health Sports Park in Carson.