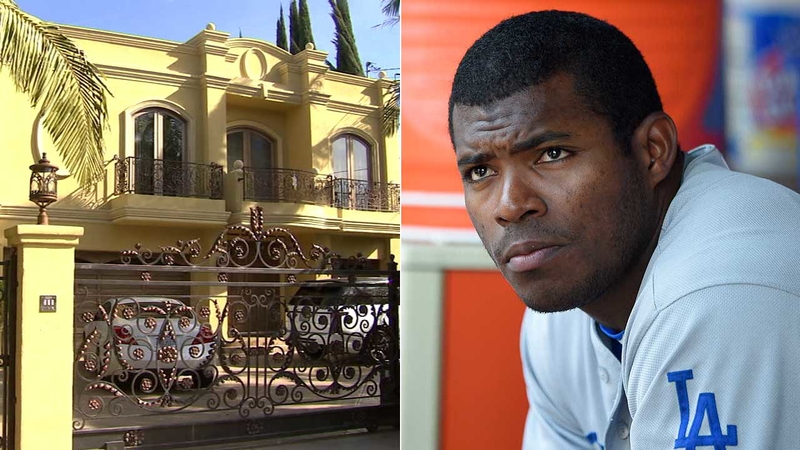 Eyewitness News confirmed that someone broke into the athlete's home and took approximately $170,000 in jewelry and other property. Los Angeles police said the exact dollar figure remains unclear.

The incident happened while Puig was in Arizona for spring training, which was sometime during the week of Feb. 27.

No one was inside the residence at the time of the burglary, no one was injured and no arrests have been made. The investigation was ongoing.

Detectives were in the Sherman Oaks neighborhood on Tuesday to speak with neighbors and check for any possible surveillance video relevant to the investigation.

Puig's home has several surveillance cameras mounted outside, but it's not known if the break-in was caught on video.

This is the latest in high-profile home burglaries in the last several months.

In late January, burglars stole hundreds of thousands of dollars in jewelry from the Tarzana home of former Los Angeles Laker Derek Fisher.

Just last month, thieves broke into the Brentwood home of singer Alanis Morissette and made off with some $2 million worth of jewelry.