HUNTINGTON BEACH, Calif. (KABC) -- Residents are still in shock after finding a rare and highly venomous snake on a beach in Orange County.

Members of the Surfrider Foundation were cleaning up Bolsa Chica State Beach in Huntington Beach when someone spotted the body of a yellow-bellied sea snake.

"A woman brought over this snake, which we thought was kind of rubber, didn't look like much," Tony Soriano, who was leading the clean-up effort, said.

After Soriano's son Googled the tropical snake, they realized it wasn't only extremely rare, but highly venomous.

Soriano placed the snake's body in a bag and stored it in the refrigerator.

"We started looking more into the, you know, some past records about it, and said, 'well we have something here, let's get rid of it," Soriano said.

After posting the pictures to Facebook, Soriano was contacted by Greg Pauly, a herpetology curator at the Natural History Museum of Los Angeles County.

Pauly took the sea snake to preserve it and use it for research.

He said this is only the third sighting ever in California, but the second this year.

In October, one washed up on Silver Strand Beach in Oxnard.

"It's unprecedented to have two yellow-bellied sea snakes show up here in California in the same year," Pauly said. "In the history of this region, we only have five documented observations."

Pauly said the snake typically lives off the southern tip of Baja and that the El Nino is causing the rare sightings.

"As the temperatures decrease as we get into winter, these snakes are likely not able to find enough food, and they're starting to get sick, so that's why these two individuals likely washed ashore," Pauly said. 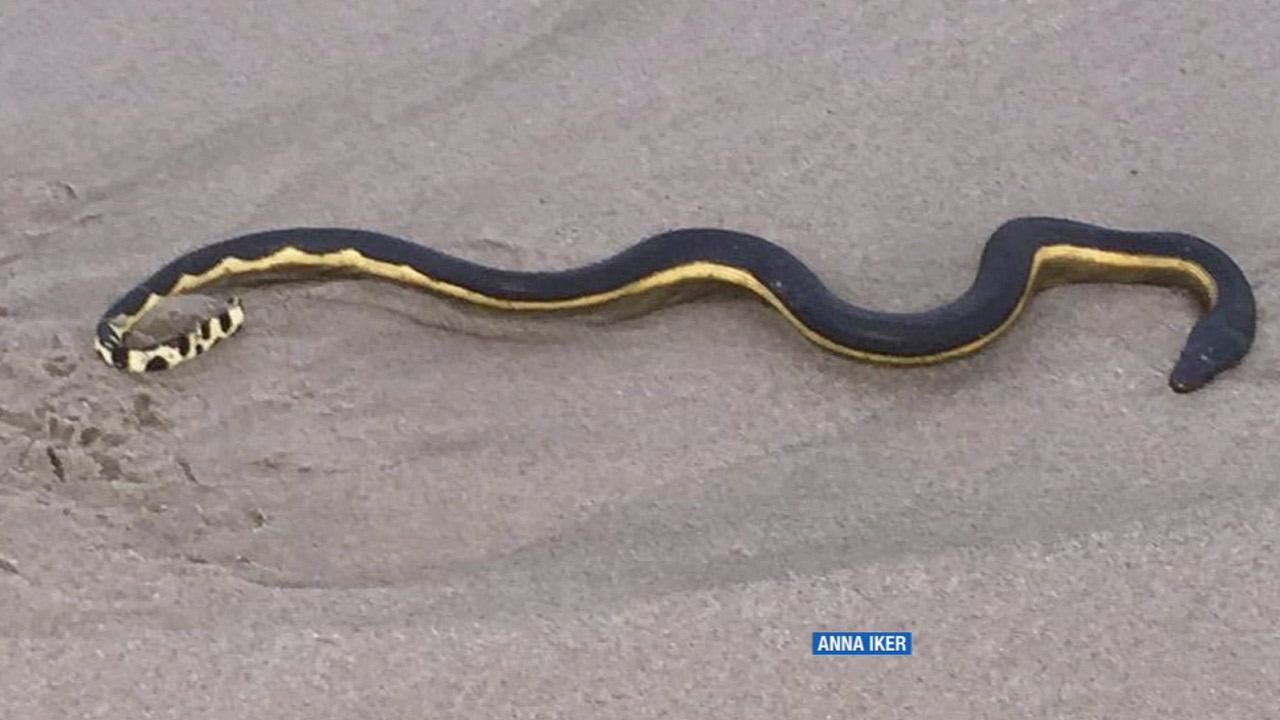