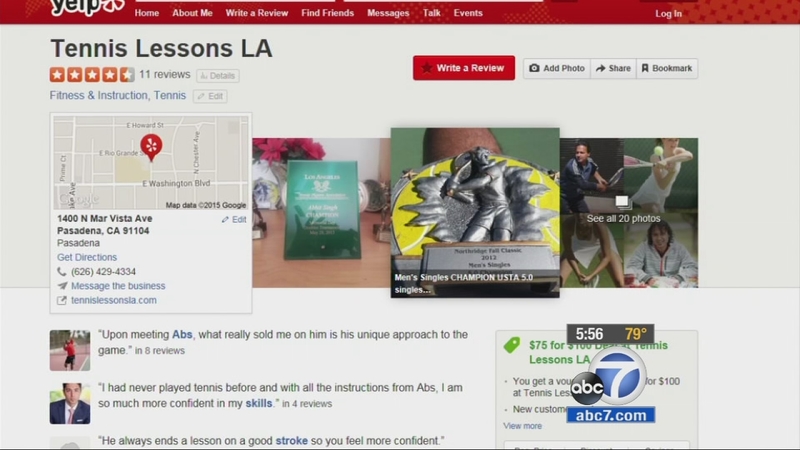 LOS ANGELES (KABC) -- How much do you rely on Yelp reviews? Some small businesses offer an incentive to encourage people to post reviews, but Yelp says that creates bias and wants those businesses to stop.

"We thought we were allowed to do this," said Carol Mendelsohn, a spokesperson for Dr. Tattoff, a tattoo removal service.

The business recently found a consumer alert on their Yelp review page, saying Dr. Tattoff and other small businesses have been offering various incentives in exchange for reviews about their business, which Yelp says is not playing by their rules.

"We don't recommend that businesses directly solicit or incentivize or pay for reviews because this can lead to a bias that can be really harmful to consumers," said Rachel Walker, Yelp's public relations manager.

Yelp says a tennis lesson business was offering to pay $15 for each 5 star review and a mobile tanning business offered discounted services for Yelp reviews. Also, Dr. Tattoff offered a $10 gift card for either Amazon or Starbucks in exchange for reviews.

"There's no denying that people go to Yelp and they check out businesses and they read the reviews and they look at the ratings, and we can't afford to lose Yelp as a source of business," Mendelsohn said.

Dr. Tattoff is the only business that responded to calls from Eyewitness News. They said getting positive reviews is not easy.

"I've never felt inclined to go leave a review for anything I enjoy. Sometimes if I feel like something is bad, I might feel like, 'Hey, let's go complain about this,'" said customer Robert Lafoon.

That's why Mendelsohn wanted to encourage customers to share their reviews.

"So it made sense to us to prompt people to write a review by saying, 'Hey, take some time out of your day, tell us about your experience at Dr. Tattoff, good or bad, and we'll reward you for doing so," Mendelsohn said.

According to their research, Yelp says it's the other way around.

"You might actually be surprised to find out that about 79 percent of reviews on Yelp are three, four and five stars," Walker said.

Dr. Tattoff says it has made a policy change.

"As of yesterday, we discontinued the program," Mendelsohn said.

Yelp would not say how it find out about the incentive offers at various businesses, but the company is cracking down. The consumer alert stays on the offending business' Yelp review page for 90 days.