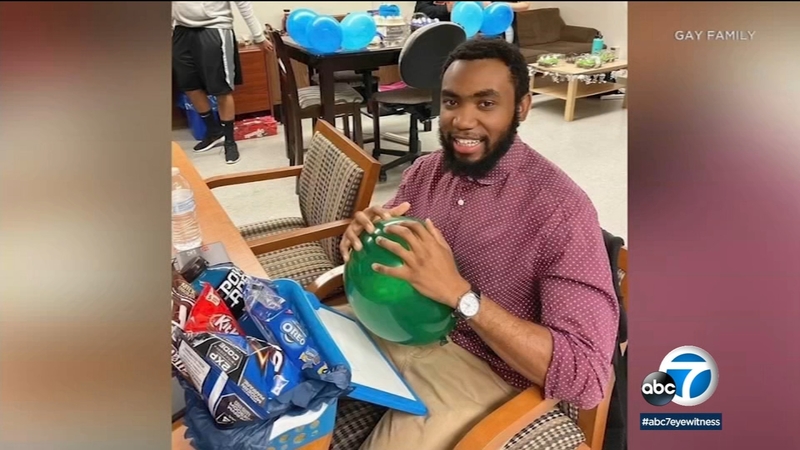 CORONA, Calif. (KABC) -- At just 23 years old, Kahlil Gay of Corona was just starting out, but now he's gone. The young grad was killed by a fallen tree in Northern California just three days into his new job.

Having just graduated from college, he had a promising future. He had just begun working at Color, a Bay Area company that conducts COVID-19 testing and his family could not have been more proud.

On his third day on the job, on his way to work, a tree fell on Kahlil, killing him. He had just called his family earlier in the day.

"He died instantly and that was the last time his family ever heard back from him until they received the heartbreaking news," said Nadira Gay, Kahlil's aunt.

Authorities suspect recent winds weakened the tree's roots, but that doesn't make it easier to understand.

"He just always had a smile on his face and was very positive. I never experienced him being negative," said Nadira Gay.

Family can only remember the best of Kahlil as they try to come to grips with the freak accident that took him too soon.
Report a correction or typo
Related topics:
coronariverside countyaccidenttree fall
Copyright © 2021 KABC-TV. All Rights Reserved.
More Videos
From CNN Newsource affiliates
TOP STORIES