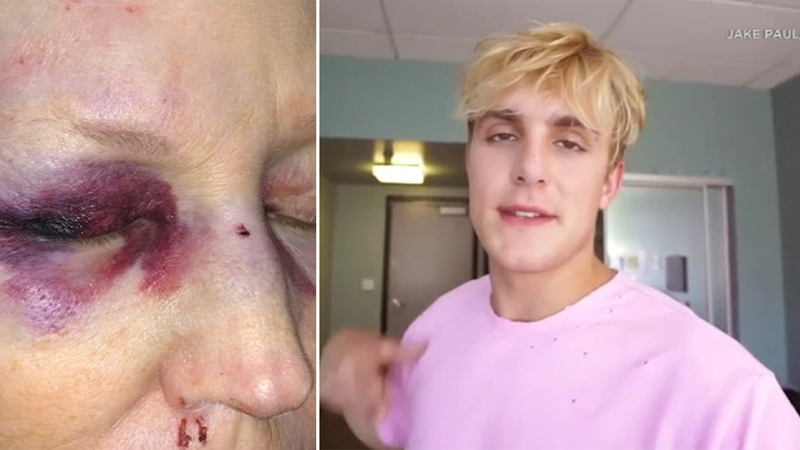 CALABASAS, Calif. (KABC) -- An investigation is underway into a house party hosted by YouTuber Jake Paul over the weekend in Calabasas where authorities say a case of "unwillful impairment" may have occurred.

Los Angeles County Fire received three calls from the home on Saturday night, including two for people who were transported to the hospital for intoxication.

The woman doesn't want to be identified. She claims the intruder appeared to be drunk or on drugs and was banging on the back door of her home. As she went to call the sheriff's department, she fell, hitting her face on the stone floor.

She said the person was arrested.

Sheriff's investigators are looking into that, and allegations that some people at the party had their drinks spiked. Eyewitness News spoke with one woman who said her daughter was a victim. The sheriff's department confirms they are speaking with that woman.

Sheriff's officials said they are calling hospitals but so far have not received information that "young adults were drugged."

The party was a celebration for rapper Desiigner's 22nd birthday. You could see a backdrop with his name on it in the front of the house, along with numerous luxury automobiles.

Paul, a 22-year-old social media star, is no stranger to controversy, with his antics at his home in Beverly Grove getting him into hot water with neighbors and police in 2017. His pranks included setting furniture on fire, driving a Harley-Davidson motorcycle into his pool and giving out his address.