It had been a long time since Zeus and his owner David Guindon were together, but on Thursday at the Animal Friends of the Valley shelter in Wildomar, they were reunited.

WILDOMAR, Calif. (KABC) -- It had been a long time since Zeus and his owner David Guindon were together, but on Thursday at the Animal Friends of the Valley shelter in Wildomar, they were reunited.

It had been a year and a half and Guindon wondered if Zeus would still remember him.

"I'm a little nervous, yeah. I'm just so excited to see him though," he said.

Guindon suffered a stroke and heart attack six years ago, and is now disabled. He needs a motorized wheelchair to get around. He bought Zeus in 2014, who then became a service animal.

But their story starts in May 2016, when Zeus wandered off from their San Bernardino home. Zeus turned up a couple of months ago, when someone tried to re-register his microchip. That person was refusing to give Zeus back to Guindon.

"Oh, I miss him every day. I just want my dog back please," Guindon said as a plea to the person who had Zeus.

Then for some reason on Wednesday night, the person decided to surrender Zeus to the shelter. Needless to say, Guindon said he didn't sleep very well because he was worried Zeus wouldn't remember his owner.

"Sleep isn't the word for it - toss and turn is better," Guindon said.

Animal control told Guindon not to handle Zeus until they were sure the husky recognized him.

But it turns out his friend didn't forget their bond. Guindon said Zeus appeared a little skinny, but he wants to thank the person who had him and for eventually returning him.

"I'm glad she finally did the right thing, and I thank you," he said. "It's like my child. I mean he's my family member." 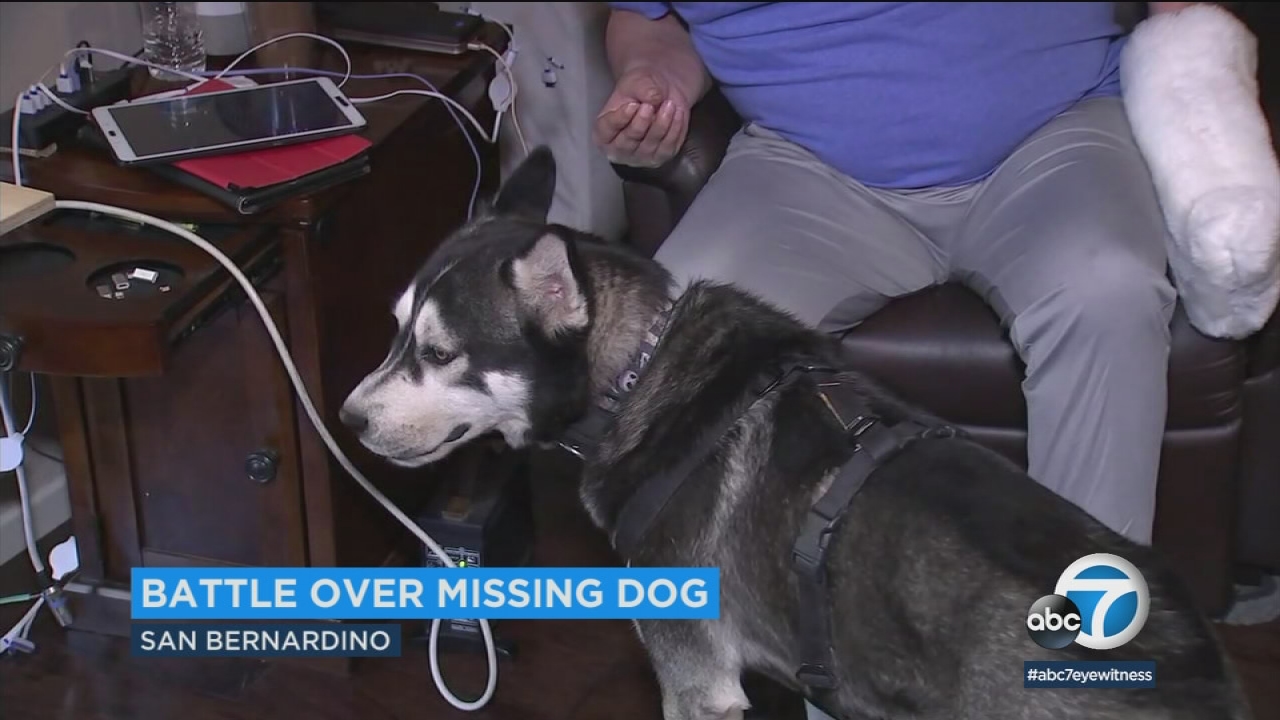