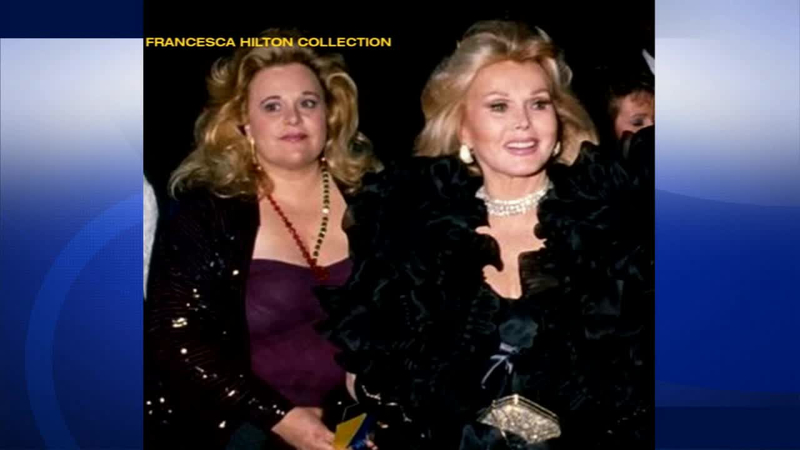 According to her publicist, Edward Lozzi, Francesca Hilton died from "an apparent stroke/heart attack" Monday night in Los Angeles.

Lozzi said Hilton was with her fiance Michael Natsis at NORMS on La Cienega Boulevard when she was stricken. Natsis administered CPR until paramedics arrived. She was rushed to Cedars Sinai Medical Center, where she was pronounced dead.

Hilton had been embroiled in a long legal fight with her mother's ninth husband, Frederic Prinz von Anhalt, over guardianship of her 97-year-old mother.

"I thought she was a very healthy woman and I'm totally shocked that she passed away, and it's a sad day for us," von Anhalt said. "I'm very sorry about that."

However, von Anhalt says he will not be telling his wife about her only daughter's death.

"This would be a total negative news. I know my wife would be hysterical and she would get a heart attack on the spot if I tell her that her daughter passed away, and it's not going to happen," von Anhalt said.

According to Lozzi, von Anhalt had recently banned Hilton from visiting her mother over the years.

Lozzi denied recent reports that Hilton was living in her car. The 67-year-old worked as a photographer, actress and publicist in the 1980's and was writing a book before she died.

She appeared in small parts in a handful of movies, including "Forever Fabulous," ''Pterodactyl Woman From Beverly Hills" and "Liz: The Elizabeth Taylor Story." Funeral arrangements were pending.