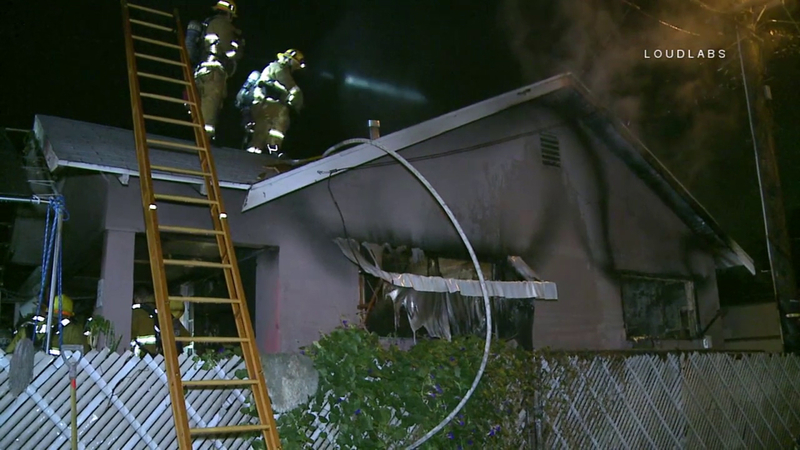 CYPRESS PARK, LOS ANGELES (KABC) -- A 10-year-old girl was killed Saturday morning in a Cypress Park house fire that left six people hospitalized, including her parents, three other children and a firefighter.

Some 30 firefighters responded shortly before 4:30 a.m. to the 3300 block of Thorpe Avenue, where the single-story duplex was fully engulfed in flames, according to the Los Angeles Fire Department. The blaze was extinguished in less than 15 minutes.

The mother had been able to push three of the children out of a window, an LAFD spokesman said. Firefighters searched the home and found the 10-year-old girl, who was rushed to a hospital where she was pronounced dead.

Her mother and father, two young siblings and a cousin were also hospitalized in unknown condition, as was a firefighter.

The cause of the fire is under investigation. Only one smoke alarm was located inside the home, LAFD Capt. Erik Scott said. Whether the device was functional at the time is yet to be determined.
Report a correction or typo
Related topics:
cypress parklos angeleslos angeles countychild injuredwoman injuredfirehouse firechild killedfirefightersfirefighter injured
Copyright © 2021 KABC-TV. All Rights Reserved.
More Videos
From CNN Newsource affiliates
TOP STORIES