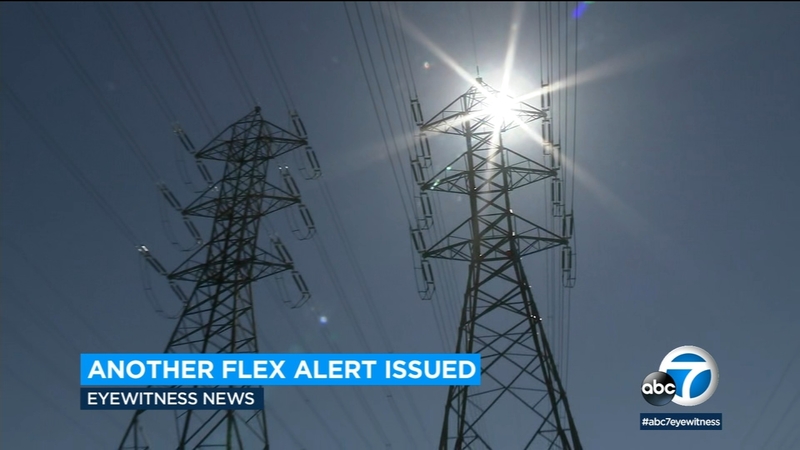 LOS ANGELES (KABC) -- The manager of California's power grid has issued a statewide Flex Alert for Monday, asking residents and businesses to cut back on power usage to prevent strain on the system.

The California Independent System Operator is calling on Californians to save power between 4 p.m. and 9 p.m. on Monday.

In a statement, California ISO said:

"With electric transmission lines from Oregon still unreliable due to the explosive Bootleg Fire and continued high temperatures across the West resulting in increased demand for electricity, the California Independent System Operator (ISO) issued a statewide Flex Alert for Monday, July 12 to help stabilize the state's electric grid and deal with uncertainty created by the extraordinary conditions."

With transmission lines from Oregon still unreliable due to #BootlegFire & continued high temperatures, the California ISO issued a statewide #FlexAlert for Monday, July 12, from 4-9 p.m. Consumers are urged to #conserveenergy to help stabilize the grid. https://t.co/PQHFuzyHyx pic.twitter.com/PZtz8SE4Xn

A Flex Alert was not in effect Sunday, but demand is expected to increase with the start of the work week. Adding to the concern is a massive brush fire in Oregon, which is threatening power lines that bring energy to California.

During the hours that a Flex Alert is in effect, consumers are strongly encouraged to take these specific actions:


Consumers are also encouraged to use fans for cooling and unplug unused electrical items.

In the hours before a Flex Alert takes effect, consumers are encouraged to take the following steps, which help people be more comfortable when cutting back on their electricity usage:

So a Flex Alert has been issued in California amid a heat wave, but what exactly does that mean?