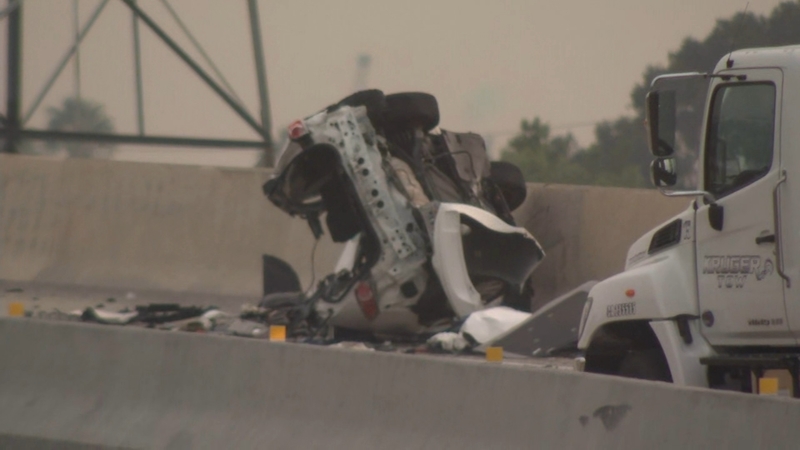 According to a CHP spokesman, the agency responded about 4:15 a.m. to a report of a motorist traveling southbound in northbound lanes on the freeway near El Segundo Boulevard.

Arriving officers found one vehicle engulfed in flames and another overturned on the overpass that connects the 182nd Street on-ramp to the northbound 110 Freeway, the spokesman said. It was unclear which car belonged to the wrong-way driver.

A woman and her unborn child died at a hospital after a suspected drunk driver pursued by sheriff's deputies in Lancaster crashed a pickup truck into her car and ran off, authorities said.

Firefighters extinguished the dramatic blaze, and the transition road was shut down as crews worked to remove the wrecked vehicles.

Two people were pronounced dead at the scene, the CHP said. They were not immediately identified.

The Highway Patrol said speed was a factor in the collision. Whether DUI was involved is under investigation.