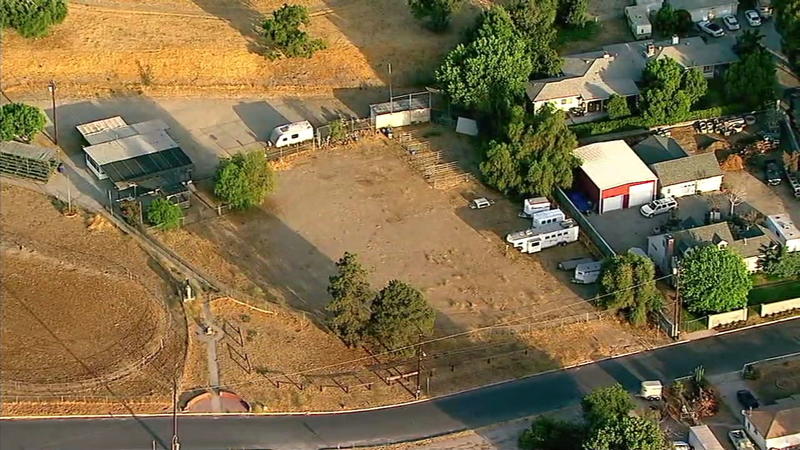 LAKE VIEW TERRACE, LOS ANGELES (KABC) -- A 12-year-old girl who died after a horse fell on her in Lake View Terrace has been identified. Police say she was horseback riding with her younger sister, who remained in the hospital on Wednesday.

A simple day of fun with family turned tragic for victim Yolanda Ceja, killed in what Los Angeles police are calling a "tragic accident."

Authorities said Yolanda and her 4-year-old sister were horseback riding about 8 p.m. Tuesday in the 11000 block of Foothill Boulevard, near the Lake View Terrace Recreation Center, when the animal buckled and fell on top of them.

Investigators said it's still unclear why the horse reared up and back, causing the children to fall off.

Ceja was found not breathing and taken to the Northridge Hospital Medical Center in grave condition. She was later pronounced dead.

Authorities told Eyewitness News emergency personnel were considering surgery for the injured 4-year-old because she may have had a collapsed lung. She is expected to survive.

Horseback rider Ashley Brian said she's had a horse fall on her and, luckily, she survived.

"I was actually stuck underneath the horse. He fell forward. I can't imagine going backward...and so my horse landed on top of me, and somebody had to come into the ring to get him up because he couldn't stand up without hurting me. I was lucky, but, yeah, sometimes it's dangerous," Brian shared. 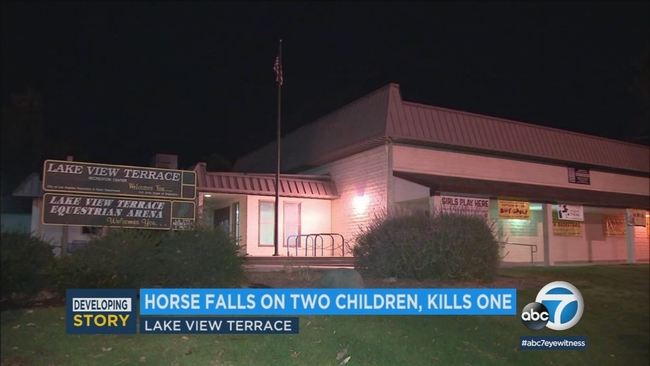