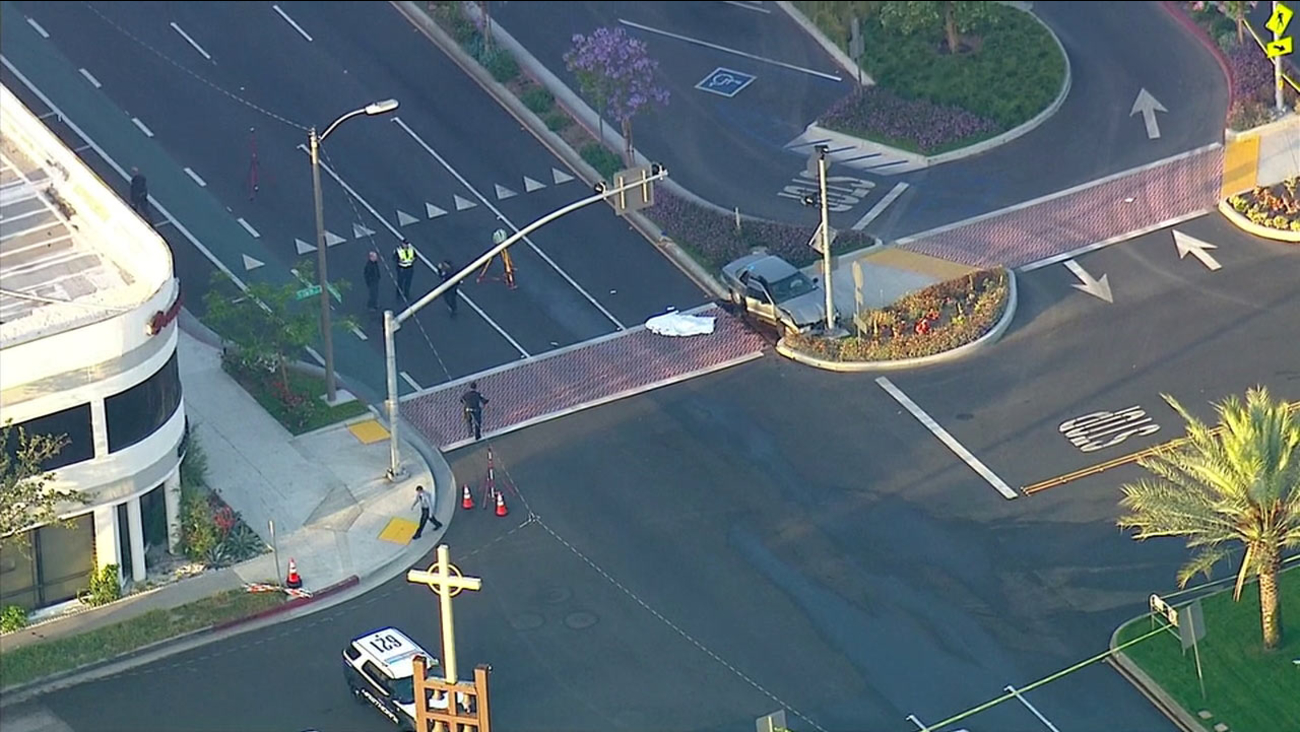 A person was killed following a single-car crash in Hawthorne on Tuesday, May 3, 2016. (KABC)

HAWTHORNE, Calif. (KABC) -- A driver was killed after he crashed his vehicle into a pole in Hawthorne early Tuesday morning, police said.

The crash, which was first reported around 4:30 a.m., occurred near 136th Street and Hawthorne Boulevard.

The circumstances behind the crash remain unclear, but police said no other cars were involved in the wreck.

The identity of the deceased driver was not immediately released. The crash was under investigation.