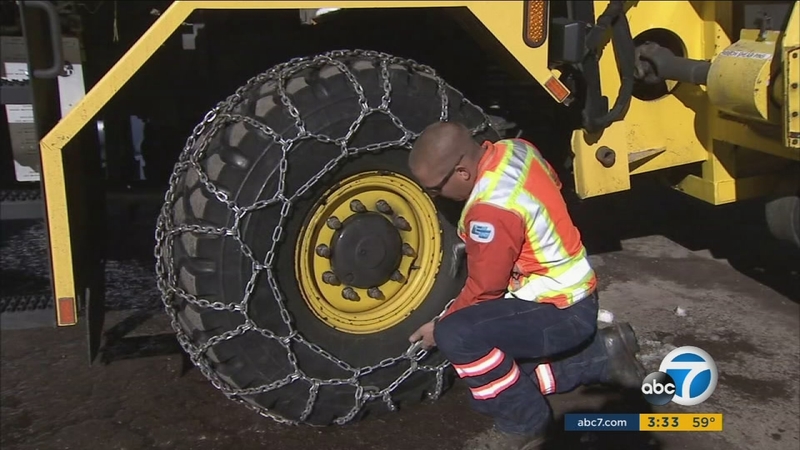 This week's weather systems have the potential to dump several feet of snow, resulting in what Caltrans spokeswoman Terri Kasinga described as "two, three, four hours just to get up to the Big Bear area."

The agency reminded drivers to bring tire chains when headed to the mountains - even if they might not seem immediately necessary.

"Some people didn't have their chains on, they got stuck, and they caused another 100 cars, trucks - and the tow truck drivers, trying to get up to rescue them - to be stuck in the snow," she said. "They were up there in excess of four to six hours, and it was night."

Caltrans officials said the agency's crews and vehicles are prepared for the forecasted onslaught of snow and rain.

According to Rich Minnich, a professor at UC Riverside, this week's set of storms is similar to those that will make their way across the Southland well into March.