SANTA ANA, Calif. (KABC) -- Opening statements were heard Wednesday in the trial of two women accused of fatally beating another woman outside a Santa Ana nightclub. The two defendants have both pleaded not guilty.

Vanesa Zavala, 26, Candace Brito, 27, face a jury of eight women and four men. The two are accused of killing 23-year-old Kim Pham outside The Crosby nightclub in Santa Ana on January 18.

Family and friends of both the victim and the two defendants were present. The judge did not allow recording of audio in the courtroom.

The prosecutor alleges that Pham and her friends were taking a photo outside the club when a woman identified as "Emelia," an acquaintance of the defendants, bumped into Pham, sparking a verbal fight.

Prosecutor Troy Pino said, "She (Pham) was mad, felt disrespected and she was angry. Most will say the victim was the aggressor."

Michael Molfetta, Brito's defense attorney, said, "She didn't deserve to die, but the fact of the matter is she died because she took umbrage over a bump.

"Evidence will show none of this would have occurred if Pham had said 'excuse me' and moved on," said Molfetta.

The prosecutor showed video depicting Emelia in a fight with Pham. The prosecution allege that Zavala and Brito then joined in, kicking and hitting Pham.

The defense says it was self-defense.

However, a security guard who tried to break up the fight testified that one woman kicked Pham in the face. Pham was on the ground unconscious. When asked to identify the suspect, he pointed to Brito.

Pham was considered brain dead and was removed from life support after her family donated her organs five days after the fight.

Prosecutors say the cause of death was complications from blunt-force head injuries. However, the defense says the coroner is unable to say what blow killed her.

"She will say there may be five injuries but she can't tell you which of those five caused her death," said Kenneth Reed, Zavala's defense attorney.

The court saw photos of Zavala's bruises from the incident.

Reed told jurors Zavala did not cause Pham's death, saying: "Who did she kick and where did the kick land? And if it landed on Pham, did it cause her death?"

The prosecution says both defendants left before police arrived and were tracked down because Zavala's cellphone was found at the scene.

The prosecutor said Zavala told police: "Everyone was fighting. I just looked for my cellphone." When told she was seen on video, the prosecution said she told officers Pham hit her first, but denied kicking her in the head.

Outside court, the victim's family and friends say it's difficult, but they want people to know the Chapman University graduate was a good person.

"We just want to show Kim that we still think about her every day, to show her that we love her so much and we miss her," said Kim's sister, Katie Nguyen. 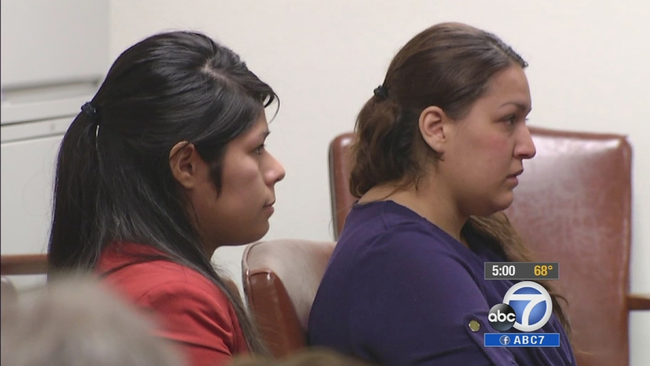