Whittier woman gives birth to twins after being sister's surrogate

KABC
By Leanne Suter
WHITTIER, Calif. (KABC) -- A Whittier woman gave birth to twins Tuesday night, which was a precious gift from one sister to another.

"As I'm sitting there over her yesterday in that operating room, just crying over her, thanking her...there's just no words," Maggie Paxton said.

Little Emery arrived first, weighing 5 pounds 7 ounces. Her sister Deanna was born seven minutes later, weighing 5 pounds 12 ounces. The two healthy baby girls were delivered at PIH Health Hospital thanks to a sister's love after she served as a surrogate.

"No hesitation. No regrets. It just needed to be done, so I said let's do it," Morgan Williams said.

Paxton and Williams have always been close. Their bond strengthened when Paxton was diagnosed with an aggressive form of breast cancer. After being placed in remission, she was told she wouldn't be able to deliver a baby.

Williams immediately offered to be her sister's surrogate. Now, after six rounds of chemotherapy and a double mastectomy, the cancer survivor is a new mom who is grateful for her sister's selfless love. Williams gave Paxton and her husband the family they dreamed of having.

"They're precious and miracles and wonderful. They're not mine and I just get to spoil them," Williams said. 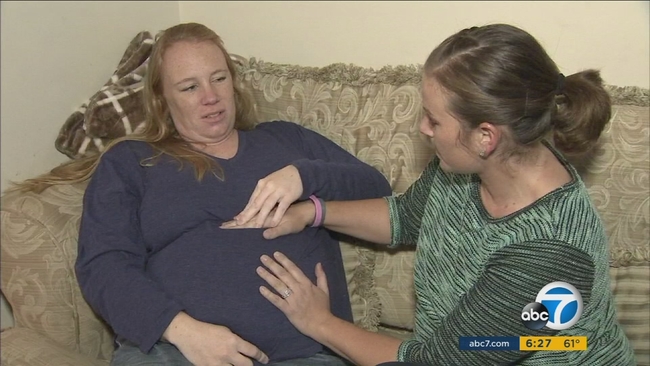